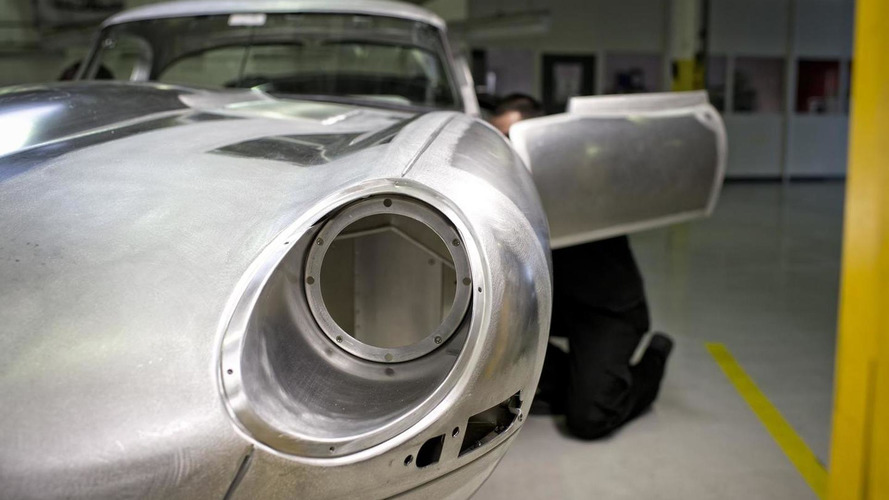 UK media is reporting Jaguar will ask no less than 1M GBP for each of the six upcoming Lightweight E-Type units.

UK media is reporting Jaguar will ask no less than 1M GBP for each of the six upcoming Lightweight E-Type units.

Last week Jaguar announced plans to produce the remaining six units of the Lightweight E-Type originally slated for production back in 1963 and 1964 as part of an 18-unit run. The six cars will enter production this summer and it is believed each one will carry a staggering price tag of 1M GBP (1.68M USD / 1.22 EUR).

The cars are probably addressed to Jaguar collectors as well as those who are willing to pay top money for a "new" classic car. It will be built to the exact specification of the original Lightweight E-Type so expect a car lighter by 114 kg (250 lbs) than the standard E-type as a result of an extensive use of aluminum for the monocoque, body panels and engine block.

Power will come from the regular E-Type's straight-six 3.8-liter engine but instead of 265 bhp (198 kW) it will generate about 300 bhp (224 kW) as in the other 12 cars. This engine will work with a four-speed manual transmission which should provide an epic yet very expensive blast from the past.

Jaguar plans on showcasing the first of the six cars this summer.