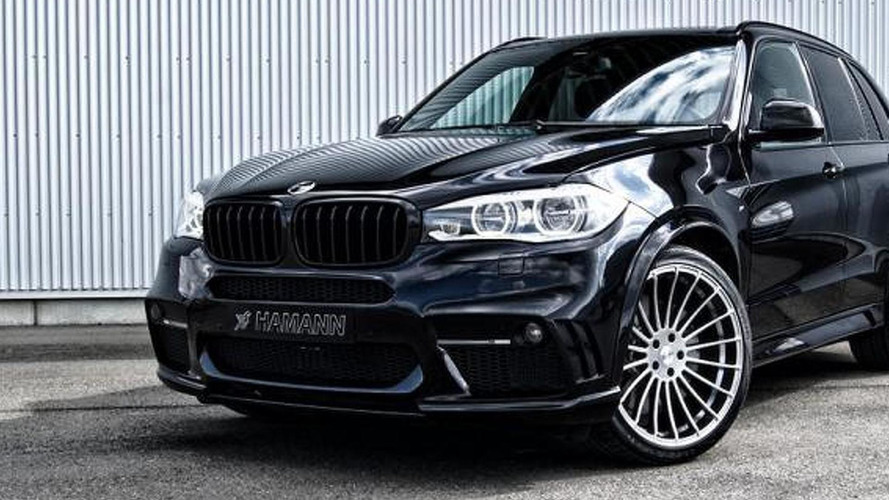 The package starts on the outside where the redesigned front bumper incorporates LED daytime running lights and also the fog lights. A front lip made from fiberglass is available and can be had with a clear-coated carbon black finish. In addition, Hamann has prepared different side skirts, a two-piece roof-mounted spoiler and a multitude of alloy wheels offered in several colors.

For the interior there are different finishes of the aluminum pedals and foot rests, together with a custom set of floor mats. The changes go skin deep as the 2014 BMW X5 can be had with a chrome or carbon quad exhaust system compatible with the standard rear bumper.