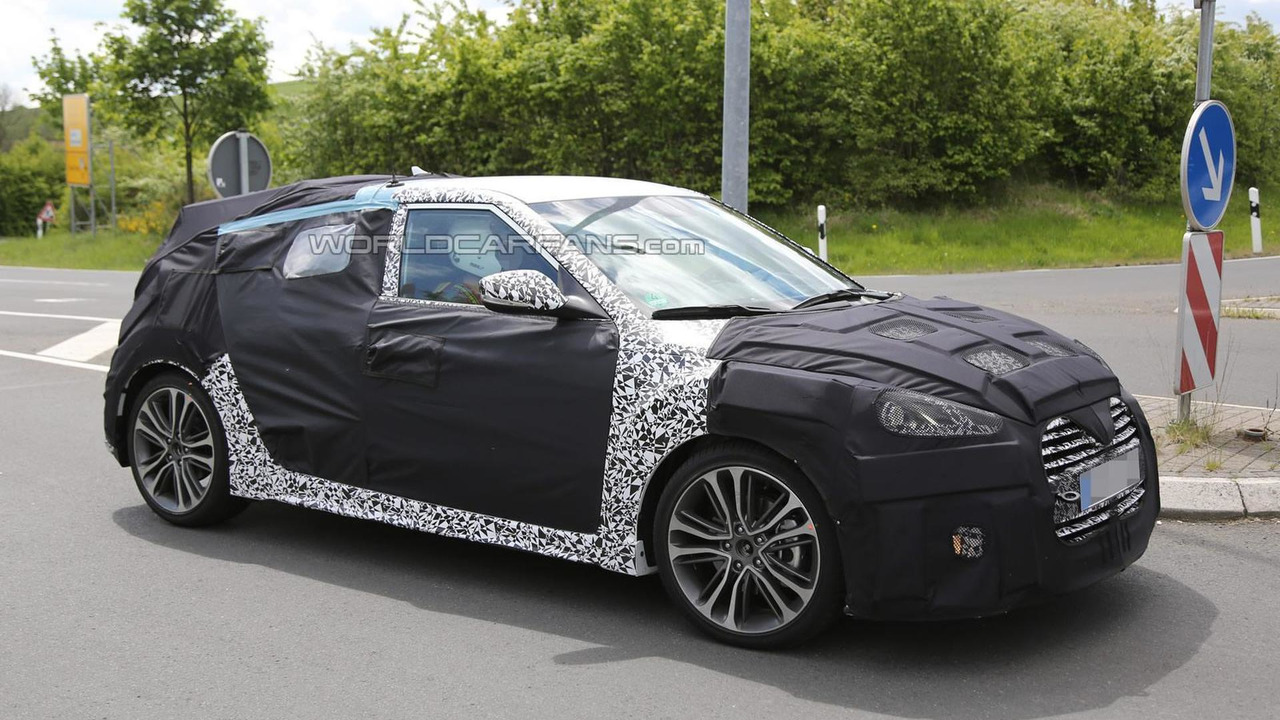 A prototype of the 2015 Hyundai Veloster Turbo facelift was spied recently testing on the Nürburgring.

A prototype of the 2015 Hyundai Veloster Turbo facelift was spied recently testing on the Nürburgring.

The vehicle was wearing an extensive amount of camouflage which indicates Hyundai is working on some important changes for the striking Veloster Turbo. The front fascia will likely be updated with a redesigned bumper and a different grille while the headlights appear to be modified as well.

The weird rear end will retain its shape but expect to see a tweaked bumper together with a few changes for the taillights. Hyundai has also prepared a new alloy wheel design along with some changes inside the cabin which on this prototype is partially hidden to hide the updates.

The facelifted Veloster Turbo could be unveiled towards the end of the year and will probably go on sale early 2015.