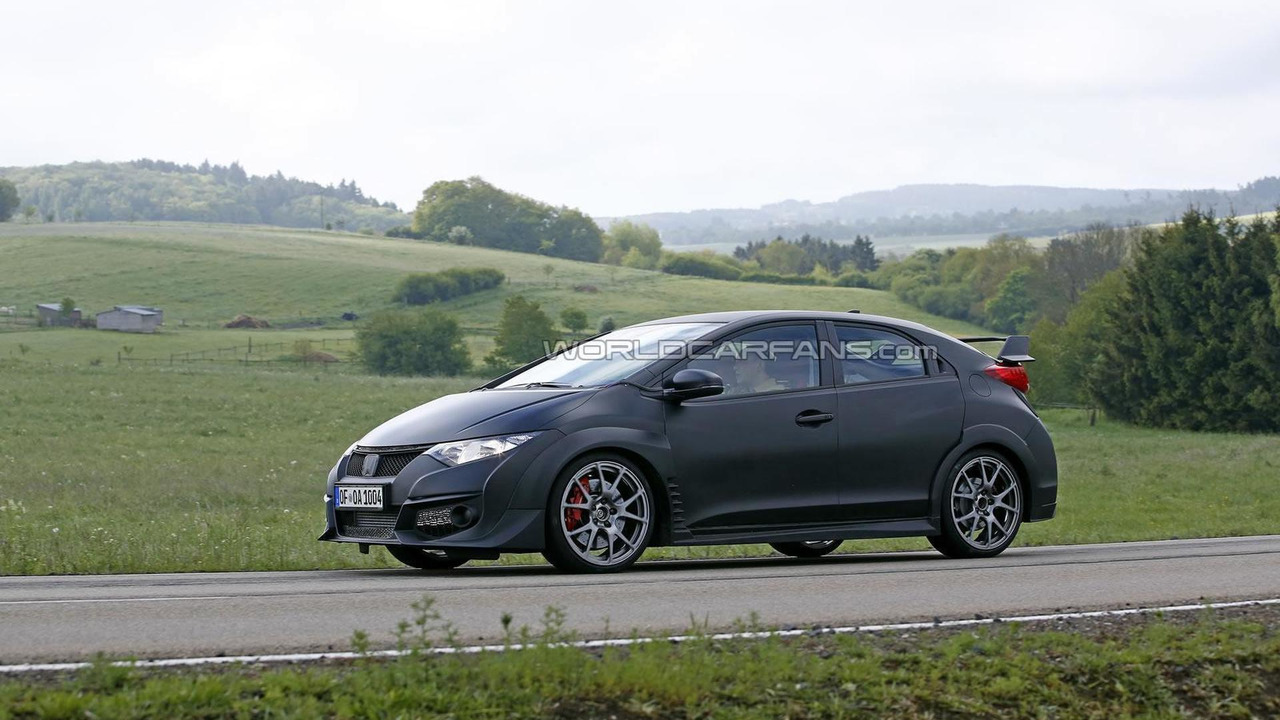 The 2015 Civic Type R was spied once again in Germany near Honda's Nürburgring test facility.

The 2015 Civic Type R was spied once again in Germany near Honda's Nürburgring test facility.

A couple of days ago when we posted a large batch of spy shots with the Civic Type R we assumed the hot hatch's body design was final. However, after comparing those pics (and these recent ones) with the development prototype revealed by Honda in November 2013, we noticed the cars looked virtually the same. In addition, it's highly unlikely Honda decided all of the sudden to remove the camouflage of a model which will be introduced in 2015.

In other words, this is probably just a simple test mule wearing an early body that is not entirely relevant in relation to the car that will reach dealerships. Hopefully, Honda will decide to use the interesting taillights of the concept together with the aggressive body which looked far more exciting than what these prototypes show.

Styling aside, power of the Honda Civic Type R will come from a 4-cylinder, 2.0-liter turbocharged gasoline engine delivering at least 280 PS (206 kW), although some reports are indicating the motor will generate as much as 320 PS (235 kW).