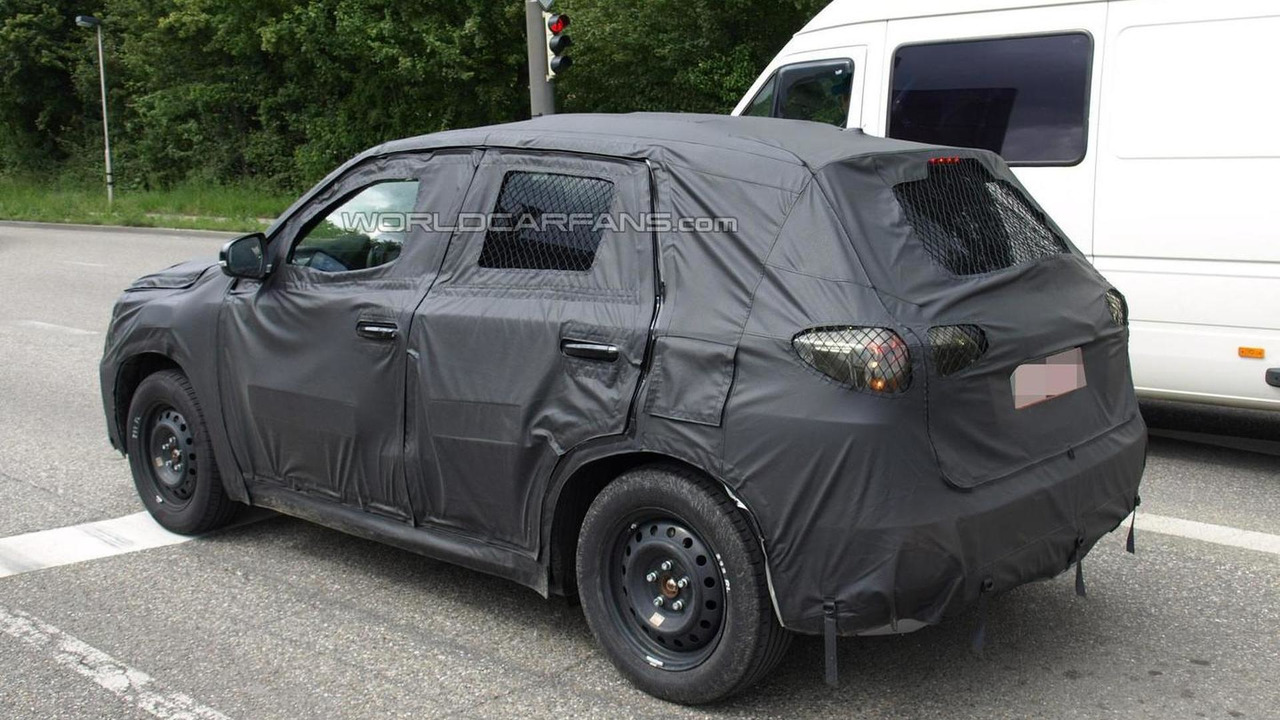 A camouflaged Suzuki compact crossover was spied testing in Germany, hinting at a possible next generation Grand Vitara.

A camouflaged Suzuki compact crossover was spied testing in Germany, hinting at a possible next generation Grand Vitara.

At last year's Frankfurt Motor Show we saw Suzuki's iV-4 concept developed as a preview for an upcoming competitor for the Renault Captur, Nissan Juke and other models in this segment. The prototype hiding underneath this heavy camouflage could very well be the fourth generation Grand Vitara.

The prototype was spotted in Germany and appears to have a less sporty appearance than last year's concept although the camouflage could be misleading us. It will likely be offered with the ALLGRIP all-wheel drive system taken from the SX4 S-Cross and with just about the same engine lineup.

When Suzuki unveiled the iV-4 concept they said its production version is slated for a 2015 market release and that it will have the smallest CO2 footprint in the segment. Just like Nissan is doing with the Juke and Renault with the Captur, Suzuki will offer the crossover with a wide array of personalization options.

Since it will go on sale next year, chances are Suzuki will reveal the model before the end of 2014.