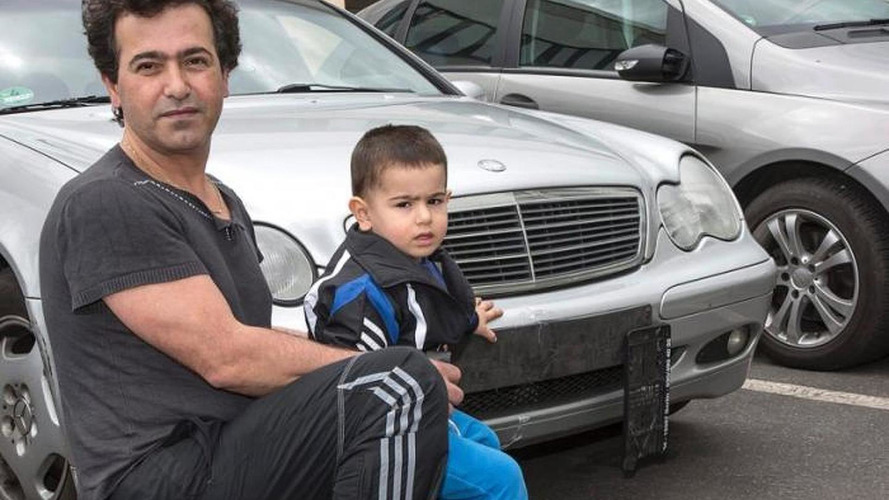 An adventurous two-year-old child stole his father's Mercedes-Benz C-Class Estate and as you would imagine it all ended with a crash.

An adventurous two-year-old child stole his father's Mercedes-Benz C-Class Estate and as you would imagine it all ended with a crash.

In February we posted a couple of stories about a ten-year-old kid from Norway who initially stole the family car and a week later he did the same thing with a relative's car. If you were impressed by those stories, wait until you hear what a much smaller boy from Berlin did.

A two-year-old toddler grabbed the keys of an old Mercedes-Benz C-Class Estate from his father while he was sleeping and decided to go for a joyride. He was smart enough to grab a stool to use it in order to reach the car's controls and he actually drove off with the manual gearbox-fitted car that was left by the father in first gear. Needless to say, he was able to unlock the car using the remote control key fob.

Witnesses say they spotted a silver estate car "shoot out of its parking space and hit a post", but thankfully the child didn't suffer any injuries.