As the online automotive trend of staging a straight-line sprint between two vehicles continues, the number of intriguing rivalries begins to narrow. However, much like the final videos in Hoonicorn vs The World, sometimes people just want to see two cars going flat out. As such, AutoTrader’s latest video putting a Tesla Model S Performance up against an Aston Martin DBS is rather predictable.

Keen readers will know that the Model S has already made a name for itself on the dragstrip, leaving supercars for dead with its straight-line performance. Since then, the engineering team has had ample time to pump up the already blistering propulsion system. With several tweaks – including a cheater launch mode – the performance version is now capable of putting down 835 horsepower (622.6 kilowatts) to all four wheels. Meanwhile, the DBS can only cough up 725 hp (540.6 kW) to the rear wheels. 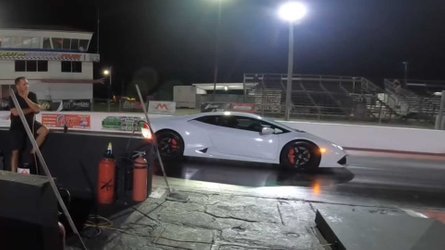 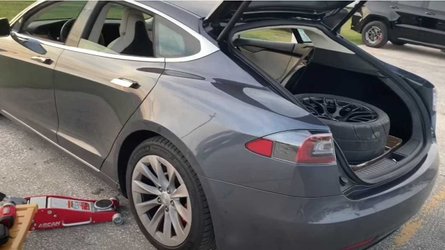 Therefore even with its weight penalty, the Tesla simply walks away from the Aston in a standing-start quarter-mile race. The internal-combustion powered competitor was closer in a roll-race but still didn’t have the pep in its step to defeat Elon’s pride and joy.

After another defeat in the 0-100-0 mph test, we’d be remiss not to mention that a half-mile race from a hit might have produced a more level result. Sure, the outcome was rather disappointing if you were rooting for the underdog, but it does raise the question: which of these competitors would you actually buy? 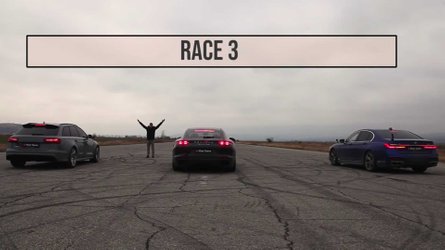 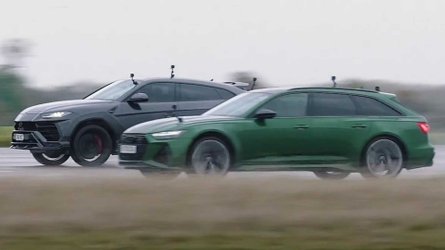 The Tesla is certainly rapid, but its silence next to the V12 in the Aston was nothing short of deafening. Let us know in the comments below which vehicle you’d rather have.