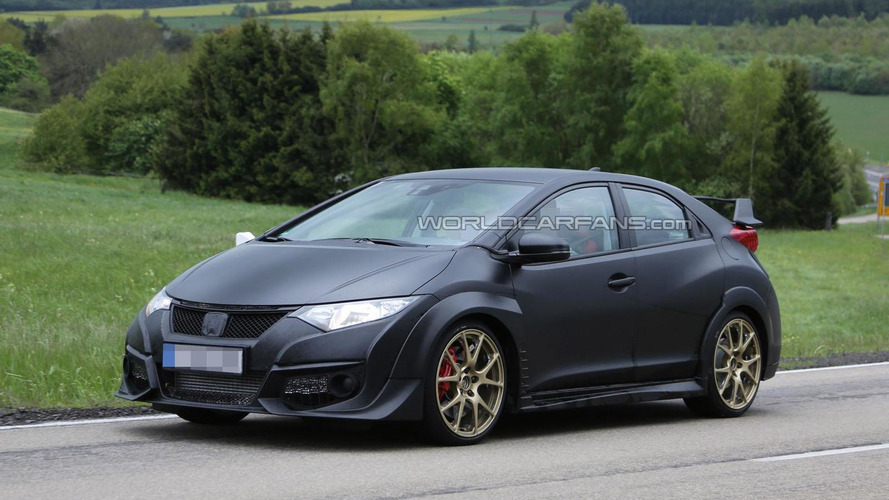 The 2015 Honda Civic Type-R has been spied undisguised at their European Technical Center.

The 2015 Honda Civic Type-R has been spied undisguised at their European Technical Center.

Caught being tested alongside an assortment of hot hatches - including the Mercedes  A45 AMG, Renault Megane RS and Volkswagen Golf R - the Civic Type-R follows in the footsteps of the concept that was introduced at the Geneva Motor Show earlier this year.  As a result, the car has an aggressive body kit with modified bumpers, aerodynamic side skirts, extended front fenders and a prominent rear wing.  The model has also been equipped with a rear diffuser, a four-tailpipe exhaust system and golden alloy wheels.

Power will be provided by a turbocharged 2.0-liter four-cylinder petrol engine that develops "at least" 280 PS (206 kW).  Honda has been coy on the official numbers but speculation suggests the final output could be around 320 PS (235 kW).