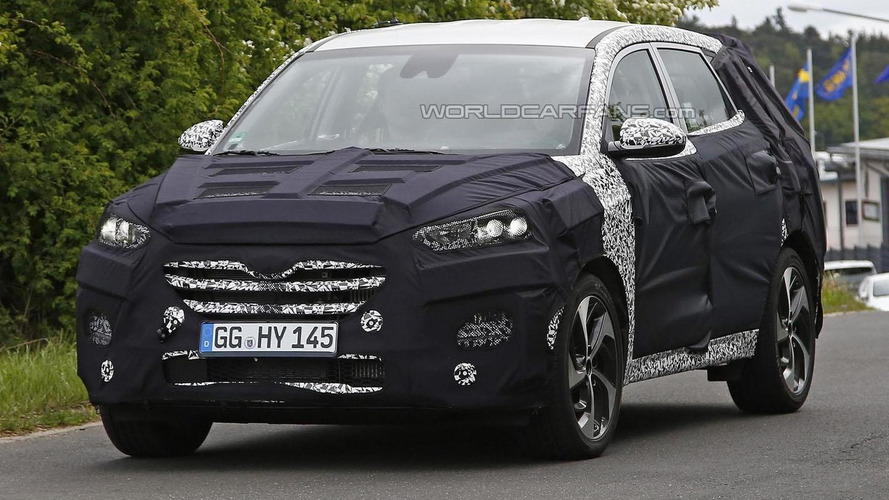 The 2016 Hyundai iX35 / Tucson has been spied undergoing testing near the Nürburgring.

The 2016 Hyundai iX35 / Tucson has been spied undergoing testing near the Nürburgring.

Dressed in heavy camouflage, the redesigned crossover has distinctive grille which is flanked by slender headlights. Moving further back, we can see a sloping roofline, an upward sweeping beltline and a shark fin antenna. The prototype has also attractive alloy wheels and a dual exhaust system.

Engine options remain unconfirmed but speculation suggests we can expect a handful petrol engines that produce between 140-170 bhp (104-126 kW). There should also be a couple of diesels with outputs ranging from 116-184 bhp (86- 137 kW). The company could also offer another fuel-cell variant but nothing is official as of yet.

The Hyundai iX35 / Tucson is expected to be introduced in the fall of 2015, so expect to learn more in the coming months.