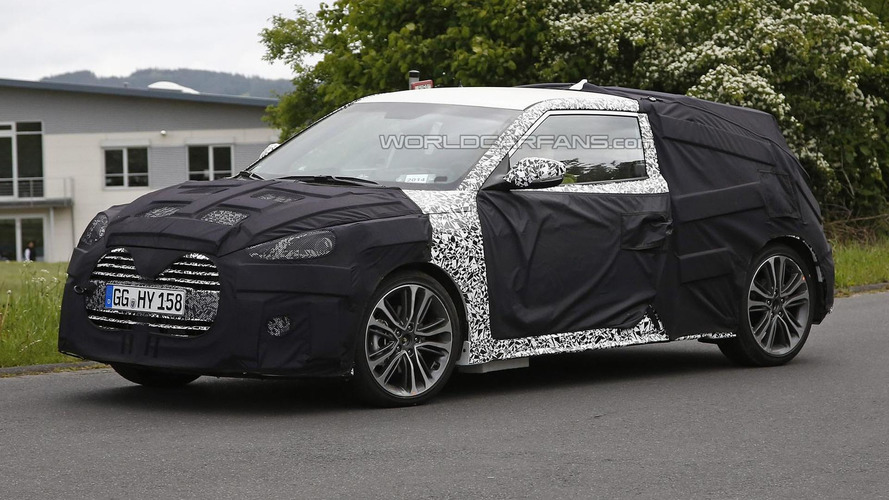 Our spies have sent us the first images with the 2015 Hyundai Veloster Turbo facelift while testing on German roads.

Our spies have sent us the first images with the 2015 Hyundai Veloster Turbo facelift while testing on German roads.

The unique-looking Veloster came out back in 2011 so time has arrived for a facelift to keep the model fresh and by the looks of these spy shots Hyundai is preparing a makeover at least for the Turbo version which has a centrally-mounted dual exhaust setup as the spotted prototype. On the list of changes we should find Hyundai's latest corporate face with a different grille together with reshaped front & rear bumpers.

Also part of the facelift will be the taillights along with a new alloy wheel design while on the inside there should be some changes as well, most likely an updated infotainment system and new trims. Don't expect any mechanical changes so the Veloster Turbo will continue with the same 4-cylinder 1.6-liter turbocharged gasoline motor.

An official reveal could occur in the months to come, with sales likely programmed for an early 2015 kick off.