These four-cylinder cruisers don't exactly set the pavement on fire.

Friends, we're going to be a bit harsh here. This German coupe-versus-coupe race is a bit of a snoozer. On the left we have a white BMW 4 Series. On the right we have a white A5 Coupe. There are no M badges, no S badges, and while each two-door car is turbocharged, neither breaks the 200-horsepower (149 kilowatts) barrier. It's just a pair of $50,000 luxury coupes that frankly, look rather boring and quite pricey in this context.

Still, it's an important context because not everyone drops $80,000 for rip-snorting Autobahn burner. The BMW is a 420i fitted with a 2.0L engine making 184 hp (132 kW), turning the rear wheels through an eight-speed automatic. The Audi is an A5 40 TSFI that also runs a 2.0L engine, though it's a bit stronger at 190 hp (140 kW). You won't find a Quattro system here, however – this A5 turns the front wheels only thanks to a seven-speed dual-clutch automatic. But, it's also a bit lighter than the Bimmer. 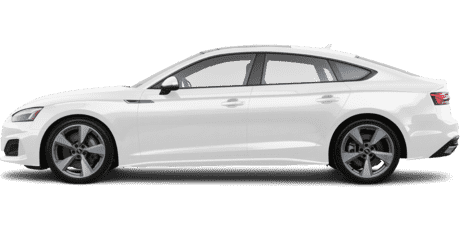 Apparently, this particular Audi setup isn't the best when it comes to spirited driving. It doesn't have launch control, and before you question whether a 190-hp car needs it, the A5 doesn't rev past 1,500 at the line so it bogs rather badly. The re-run sees the Audi take a slight jump to negate the poor launch, and from there, it's a predictably even run. For the most part anyway; one car does hold a clear advantage.

The same can be said for the pair of roll races. Shifting for the first contest is left to the automatic gearboxes, and being non-performance variants, the kick-down response is slow. The second roll race sees the drivers using manual modes, and that actually results in the closest race of the day. The session is capped with a braking test that is similarly close.

Four contests all total, and one car wins three of them. Care to place your bets as to which one takes the day before watching the video?