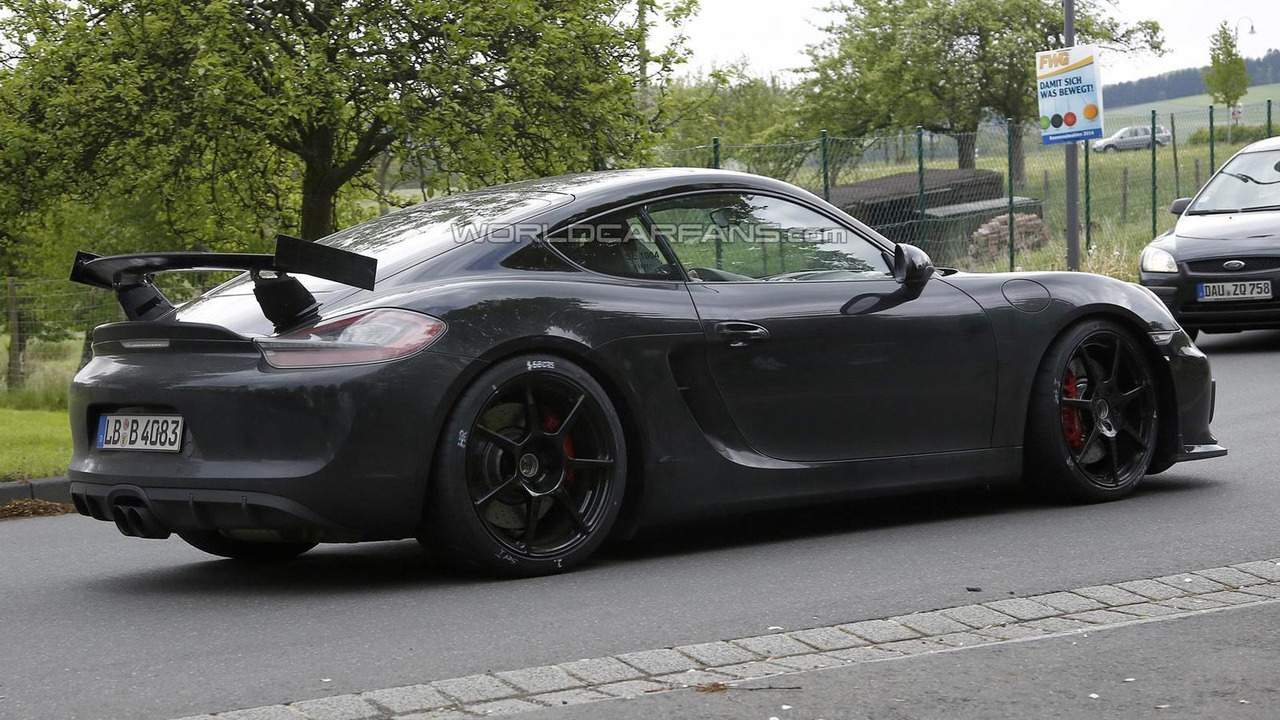 These are the first spy shots depicting a more powerful Porsche Cayman set most likely to receive the "GT4" designation.

These are the first spy shots depicting a more powerful Porsche Cayman set most likely to receive the "GT4" designation.

It was only last week when a rumor emerged about a potential new range-topping GT4 which would narrow the gap even further between the Cayman and the 911. It now seems that rumor had a solid foundation as our spy photographers managed to grab on camera a Cayman prototype wearing a big rear wing.

The model is destined to arrive in the next three years and will cost somewhere in the region of 125,000 USD. It's not known at this point what engine hides underneath the skin but it is believed it will be mated to a 911 GT3-derived PDK transmission. The report issued last week did not exclude the possibility of a hybrid powertrain encompassing a turbocharged 4-cylinder gasoline engine working together with an electric motor. It all depends on the success of the 919 Hybrid but if Porsche won't fix the problems it means they will rather throw in a flat-six with hybrid assist in what will be the flagship Cayman.