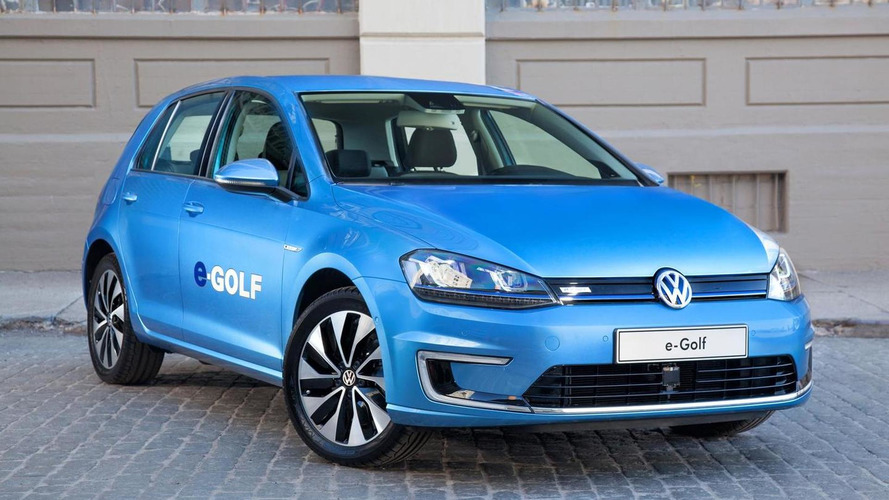 Volkswagen of America has announced the 2015 e-Golf is heading to select dealers starting the fourth quarter.

Volkswagen of America has announced the 2015 e-Golf is heading to select dealers starting the fourth quarter.

It's been a busy start of the week for Volkswagen's U.S. division since after announcing 2015MY Golf pricing details and introducing the Golf SportWagen, the company has now disclosed plans to offer the e-Golf at select dealerships starting the fourth quarter of the year. It will be the first U.S.-spec Volkswagen to feature full LED headlights and will provide an average range between 70 - 90 miles (112 – 145 km) while the maximum range is estimated at 115 miles (185 km).

It takes less than four hours to fully charge the batteries using a 240-volt wallbox while with a 110/120-volt connection it takes approximately 20 hours. The e-Golf benefits from Combined Charging System (CCS) technology which allows an 80 percent recharge in only 30 minutes when using a CCS-equipped DC fast charge station.

Interestingly, Volkswagen is offering the 2015 e-Golf with a Roadside Assistance Pack that will try to eliminate the client's range anxiety worries. For example, if the car runs out of juice within a 100-mile range of the owner's home, the roadside assistance provider will deliver the vehicle to a nearby power source to fill the batteries and it will also pay for the client's taxi. Volkswagen says the plan covers an unlimited number of events.