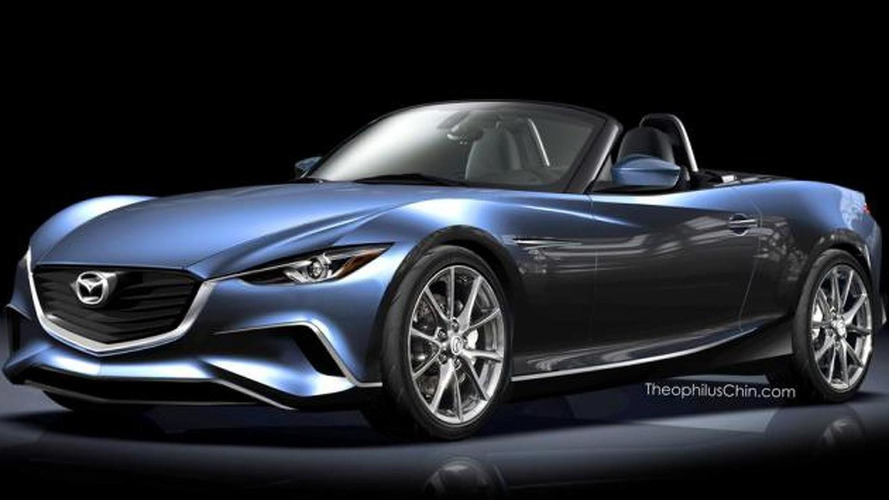 Miata fans are eagerly waiting for the next generation model set to come out later this year but until then all they have to rely on are spy photos and renders like this one which hopefully will have something in common with the real deal. Most likely not a lot of people will mind if the new MX-5 will look exactly like this one and even if it won't, we expect Mazda's Kodo design language to offer a very attractive styling as seen in recent products such as the 6 and 3, as well as the Hazumi concept.

The Japanese marque announced its intentions of getting back to Miata's roots for the next-gen model which is why it will be smaller and lighter compared to the outgoing model. It will actually go through a considerable 100+ kg (220 lbs) diet and is going to adopt a lower center of gravity. The vehicle will also be more powerful and will feature a more rigid body that will also make it safer in case of a collision.

Sales of the next-gen Mazda MX-5 are programmed to begin next year but the model will probably be revealed towards the end of 2014.