Because age doesn't define a person's need for speed.

We've shared several stories of people buying and driving sports cars at an old age. Once we reported in a 78-year-old getting a McLaren 720S, plus an 80-year-old who still drives his Ferrari F40. We've even featured a 107-year-old who casually cruises with his red two-seater Mercedes SLK 320.

Point is, age doesn't define a person's need for speed – and that is the case with this U.S. Air Force veteran who bought himself a Torch Red 2021 Chevy Corvette Stingray.

The 90-year-old Chuck Cook bought his Vette from Cecil Clark Chevrolet, which shared the heartwarming delivery of the sports car on its Facebook page. Even better, the dealership amplified the event further by arranging a party for Cook, with his Corvette Club in attendance and complete with refreshments, balloons, and a cake with a Corvette C8 photo printed on top of the icing.

Cook is a resident of Leesburg, Florida. According to Leesburg Daily Commercial, he bought the Corvette C8 as a birthday present to himself. This isn't his first Vette, though. He has owned Corvettes since 1981 and this is his fourth one.

The Popularity Of The C8 Continues: 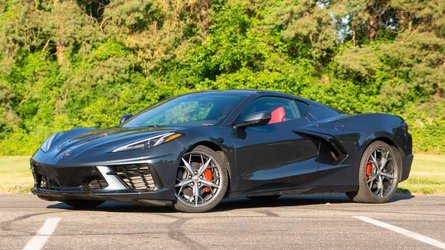 C8 Corvette Most Cross-Shopped With This German Performance Model
⠀ 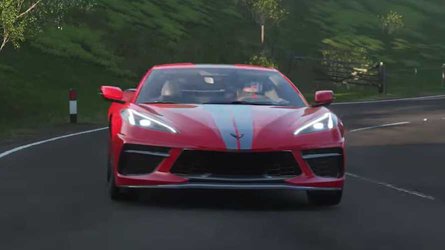 "I can’t wait until the pandemic is over so I can get this to all the car shows," Cook told the publication.

Obviously, Cook is a Corvette fan and his adoration for GM vehicles goes beyond the two-seater sports car. He told the Daily Commercial that he also owns a Chevrolet Equinox, which serves as his grocery getter.

Hat tip to you, good sir. We admire your long-lasting love affair with the Corvette, and we sure do hope we'd have your passion for fast cars when we reach your age someday. Here's to wishing you a happy birthday, and for more birthdays and sports cars to come.