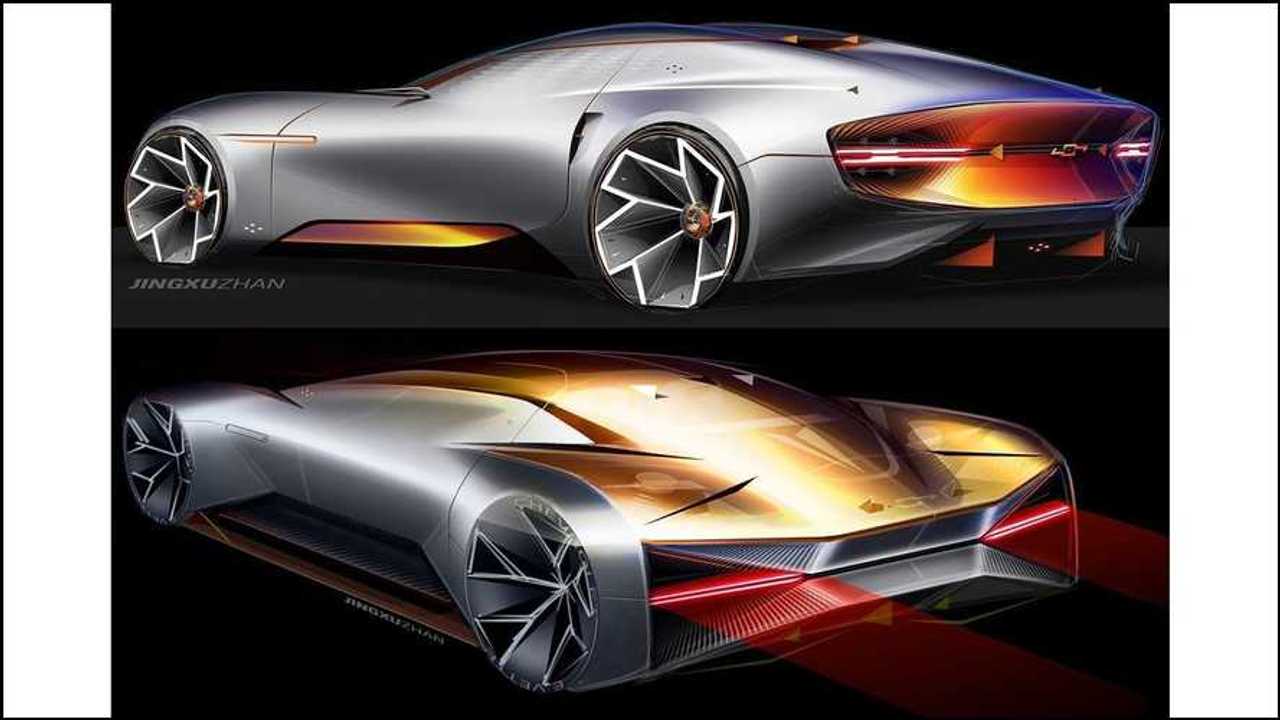 It's always nice to see a GM designer thinking about the future of performance cars.

The designers at General Motors are constantly sketching and rendering new vehicles, even though a tiny fraction of them eventually enter production. The company even shares some of these ideas on its Instagram account, and the latest one to pop up is a sexy coupe by Jingxu Zhan.

The image on top in the post (below) is the vehicle's rear three-quarter perspective. This angle accentuates the long nose and gently sculpted flanks. The roofline is similarly smooth. Gold accents on the side sills, rear, and small areas elsewhere add some color to the exterior. The vehicle lacks a greenhouse or rear window, but you can see where these elements would be.

The lower is also by Jingxu Zhan and depicts a similar, although not identical coupe. For example, rather than a vertical slit at the tip of the door for opening it, this one has flush-mounted door handles.

This coupe has a large, translucent section that partially exposes the suspension components. It's hard to see in the rendering, but this tinted material would also likely expose the powertrain and the roof of the cabin. The idea is an interesting extension of the clear engine covers that are so common on mid-engine supercars.

Check Out These Other Renderings From GM Designers:

There's no sign of Jingxu Zhan's designs entering production. If it could join the General Motors lineup. Chevy doesn't seem like the right choice, despite the Bowtie being on the back of the upper rendering, because the design isn't quite right for a new Camaro or Corvette. Instead, we think that Buick could be the better choice, particularly for the rendering on top. Reviving the Riviera name would be perfect for the machine.