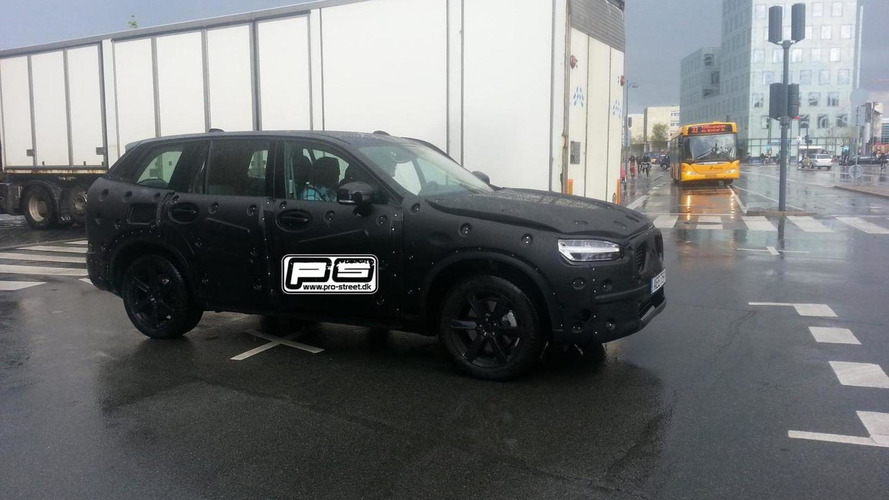 A prototype of the next generation Volvo XC90 was spied testing on the streets of Copenhagen, Denmark.

A prototype of the next generation Volvo XC90 was spied testing on the streets of Copenhagen, Denmark.

The Swedish marque is almost ready to introduce the all-new XC90 which will be manufactured in Sweden at the firm's Torslanda plant in Gothenburg. This prototype was spotted in Denmark's capital Copenhagen right in the heart of the city. Our friends at pro-street.dk say Volvo was probably testing the vehicle's numerous safety and assistance systems which is why they chose the city's crowded center.

It will ride on Volvo's all-new Scalable Product Architecture and will be powered by a new generation of efficient Drive-E engines. The prototype seen here wears a considerable full body camouflage so there's not a lot to tell about the XC90's design but it will draw its styling cues from the lovely Concept XC Coupe and on the inside it will be offered with a seven-seat configuration.

Visit the source link below for additional spy photos.