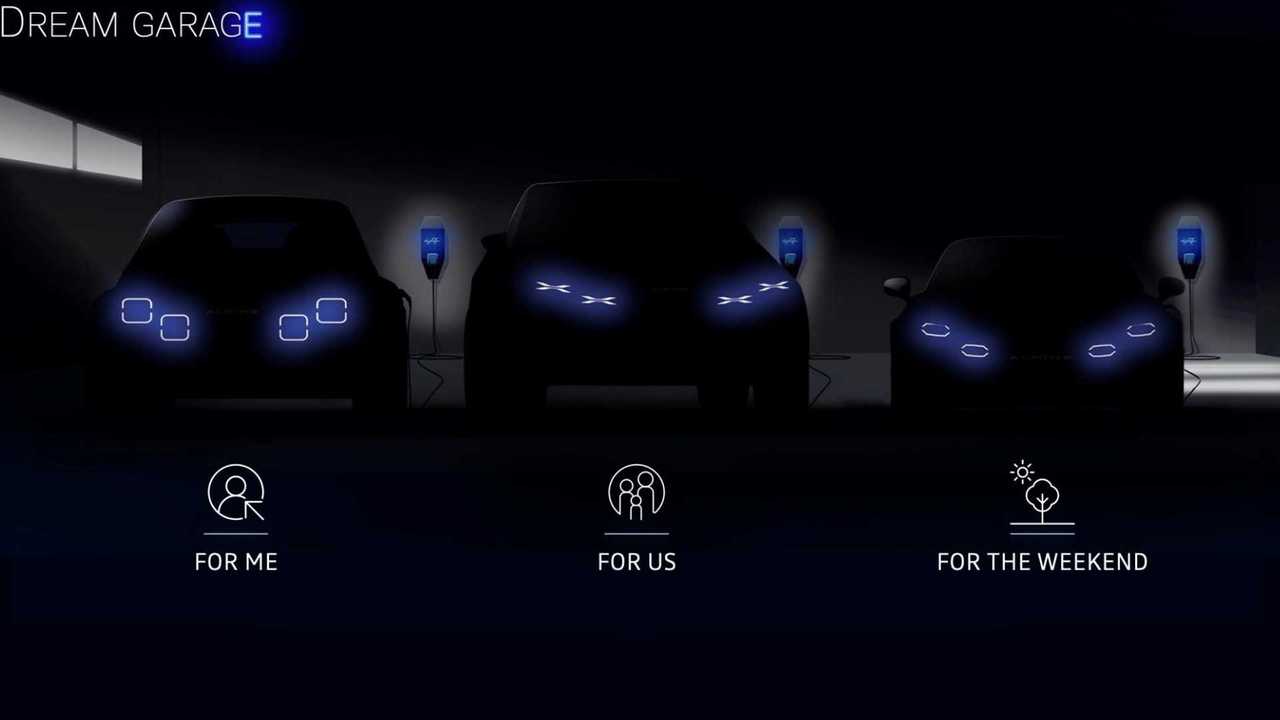 Three different models have been teased, but it looks like the A110 is living on borrowed time.

The rumors were true – Renault has decided to turn sports car marque Alpine into a purely electric brand. As part of the radical “Renaulution” strategic plan announced today, the French niche marque will be transformed into a manufacturer of “100 percent high-performance vehicles” and aim to become profitable by the middle of the decade.

The lengthy 82-page document released today by the Renault Group also includes a slide depicting a teaser image with three different models. From left to right, the “for me” car appears to be a small electric car tailored for city use, joined by what looks like a crossover “for us” and a sports car “for the weekend.” The latter is likely a direct successor for the Alpine A110, which hasn’t been selling all that well.

While news about Alpine ditching combustion engines doesn’t come as a big surprise, we’re excited to hear the company will team up with Lotus to co-develop a “next-generation EV sports car.” Logic tells us it’s the car on the right, but that’s basically all we know at this point. The other two future models will ride on the CMF-B and CMF-EV platforms, according to the same document.

Alpine is growing in more ways than one as it will become the Renault Group’s motorsport and performance division, encompassing the Renaultsport cars as well as the Renault F1 team, which has been rebranded for the 2021 season as the Alpine F1 team. These changes are part of a plan to turn Alpine into an “exclusive authentic brand,” leveraging its F1 expertise by transferring the racing know-how to road cars while capitalizing on the existing platforms.

Alpine doesn't say when these three new cars will be released, but they can't be too far away considering the company's aim to start making money by 2025.