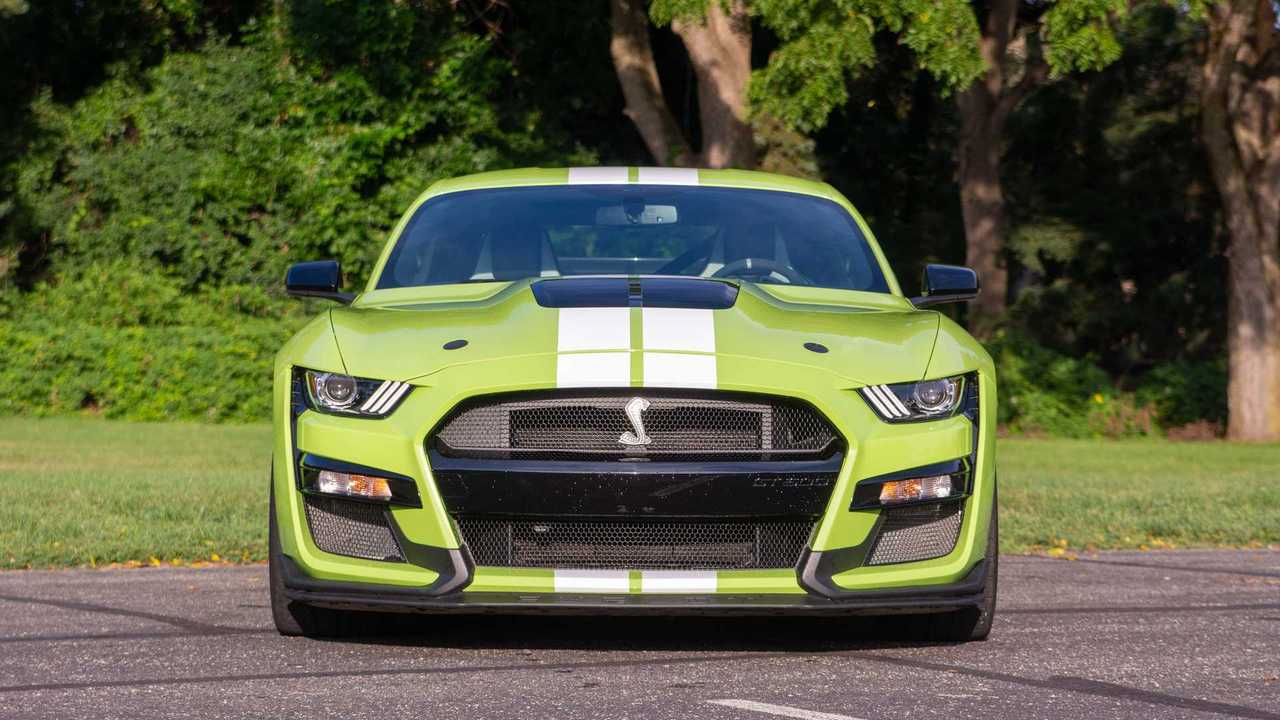 Huge savings from the Track Pack but you'll lose a lot, too.

Details of the 2021 Ford Mustang Shelby GT500, along with the entire next model year lineup, officially and accidentally came out as early as September last year. While the biggest addition to the 2021 pony car lineup was the Mustang Mach 1, we also learned that a new Carbon Fiber Handling Package, which marries the $18,500 Carbon Fiber Track Pack and the $1,500 Handling Pack, will be added to the options list for the supercharged 'Stang.

We didn't know the pricing back then, but we now have a definite number thanks to an order form shared with Muscle Cars & Trucks.

According to the report, the Carbon Fiber Handling Package is a $10,000 option, right in between the aforementioned Track Pack and Handling Pack. The 2021 Mustang configurator isn't up on Ford's website as of this writing, but we already know that the new option comes with 20-inch black carbon fiber wheels, adjustable strut top mounts, catch can, Gurney flap, and splitter wickers.

As a trade-off to the $8,500 savings from the Track Pack, buyers won't get the massive carbon fiber wing, instrument panel, exposed carbon fiber wheels, and the Michelin Pilot Sport Cup 2 tires.

There will also be three new colors for the Mustang lineup, including the Shelby GT500, which are Grabber Yellow, Carbonized Gray, and Antimatter Blue. The Mach 1, on the other hand, gets the same yellow along with Fighter Jet Gray, Iconic Silver, Shadow Black, Oxford White, Velocity Blue, Twister Orange, and Race Red.

Sadly, the Shelby GT350 and GT350R will leave the 2021 model year lineup, which makes the GT500 the only Shelby-branded Mustang in the Blue Oval lineup, moving forward.