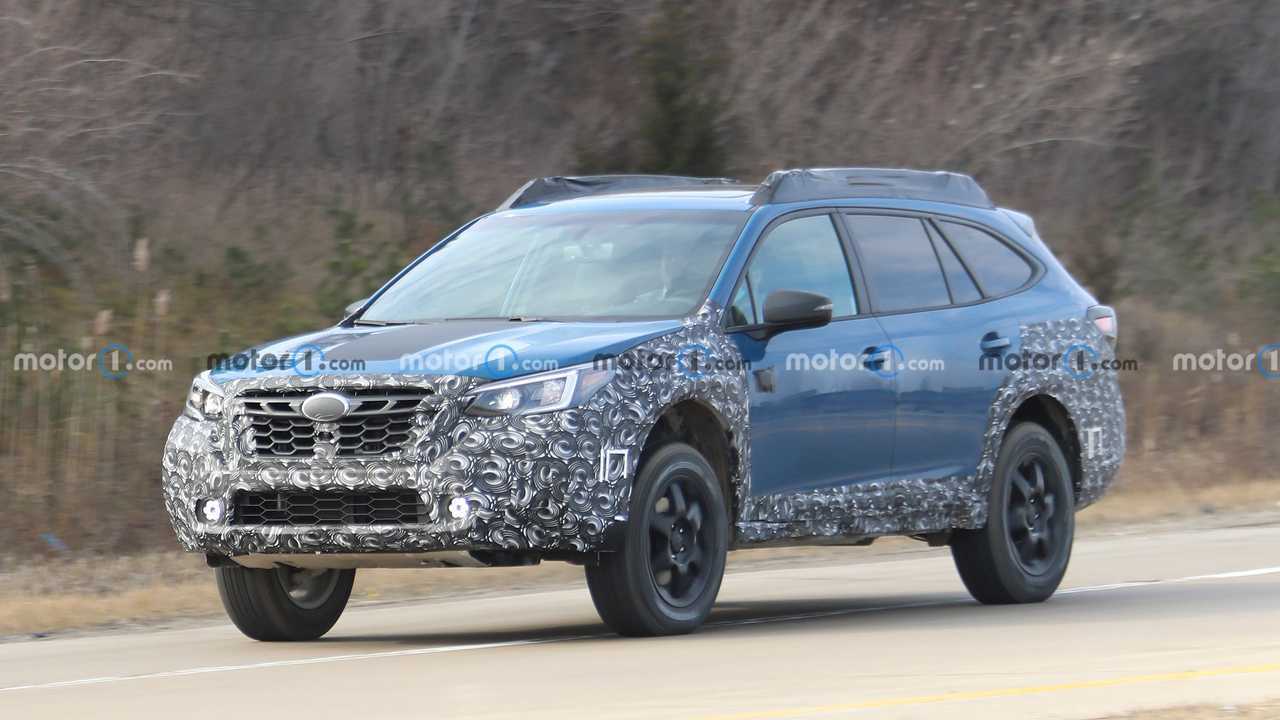 The raised suspension hints at its off-road aspirations.

Subaru hasn’t announced its plans for 2021, though a new batch of spy photos potentially previews one new offering we could see later this year – the Outback Wilderness Edition. Our spy photographers have captured a lightly camouflaged Outback out testing on public roads for the first time, though the enhancements point toward a more rugged offering that is on the way. Rumors of such a trim, including having it proliferate to others, aren’t new.

The spy photos show an Outback that is riding higher than any other Outback model that Subaru offers today. The extra space between floorboards and the asphalt likely accommodates a more robust suspension designed to tackle tougher terrain. The rugged, off-road aesthetic is further enhanced by the smaller black wheels and the larger, chunkier all-terrain tires wrapped around them. The Outback also sports a revised front fascia, which has a revised grille and repositioned fog lights.

Only the rear bumper is covered at the back, though it doesn’t look different than what’s offered on the model now. It’s also unlikely that the Wilderness Edition will receive any performance enhancements. The new trim should carry the model’s mills – a 2.5-liter flat-four is standard with a turbocharged 2.4-liter offered as an available option. However, Subaru could saddle the new Edition to just one of the mills.

Inside, Subaru will likely add some Wilderness Edition touches and badging to help the interior match the exterior’s upgraded ruggedness. The new Outback Wilderness Edition is expected to launch in the second half of 2021 and is yet another soft off-roader from a mainstream automaker. Crossovers remain popular, and automakers differentiate them with various unique trims, often tip-toeing toward the off-road-oriented part of the segment. We expect the model to arrive for the 2022 model year, with the possibility of it going on sale before the end of the year.