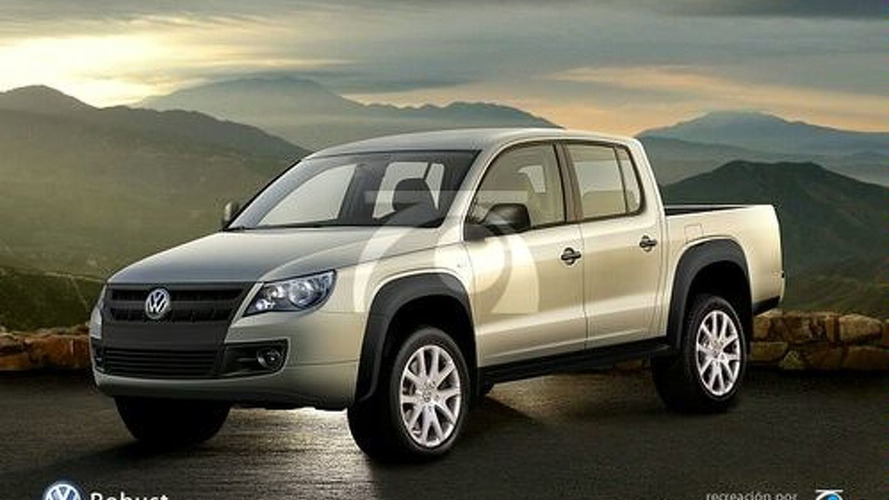 Argentinean designer, Jorge L. Fernandez, gives his opinion on what the pick-up truck will be like.

Volkswagen North American dealers may really have thought the new VW Robust was not good enough for their market, but if the Argentinean designer Jorge L. Fernandez is not wrong on his idea of what the new medium pick-up truck may look like, they may regret that opinion.

Expected to be presented at the end of 2009 as a 2010 model, the new vehicle will be produced solely in Pacheco, Argentina. Likely to bear a different name, it will be produced at a pace of 90,000 units every year. Besides the single and double cab versions, an SUV is also expected to be built, in order to confront the Toyota Hilux SW4.

Although it is planned for South and Latin America, the new pick-up truck will be exported to other continents, including some countries in Europe, although in limited numbers, possibly just to evaluate its market potential. If sales are good, as it happened with Renault Logan, for example, it may have the chance to reach more demanding markets.