Porsche’s first mass-produced all-electric car seems to be a hit. The German automaker revealed the Taycan sedan in the last half of 2019 before it went on sale just before the end of that year. With 2020 behind us, though, we can look at Porsche’s sales numbers, and customers seem quite taken by the Taycan. The model’s first full year of sales cracked the 20,000 sales mark and nearly eclipsed Porsche 718 sales.

Last year, Porsche sold a combined total of 21,784 718 Boxster and 718 Cayman models. The Taycan was just behind that, with 20,015 models sold last year, too. It’s an impressive first-year outing for the new model, though we still have to see if those numbers stay consistent. New EVs often see strong sales at first, only for them to decline in subsequent years as interest wanes. Also, there are still more Taycan trims and variants coming, which could help bolster future sales.

However, the Taycan has a long way to go to surpass other Porsche sales staples. The Cayenne was Porsche’s global sales leader, the automaker moving 92,860 examples of the large SUV. The Taycan also trailed the iconic 911, which sold 34,328 examples worldwide. The Taycan’s stellar sales year happened despite a six-week pause that happened early in production. Total Porsche sales, globally, were down 3 percent to 272,162 models. US Sales fell 7 percent, 61,568 in 2019 to 57,294 in 2020. Porsche saw sales growth in China, Africa, and the Middle East.

The Porsche Taycan Is Taking Over: 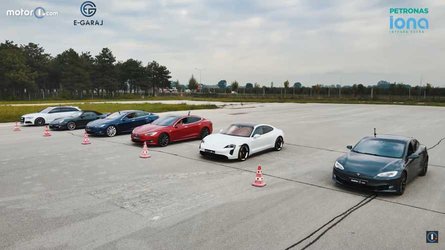 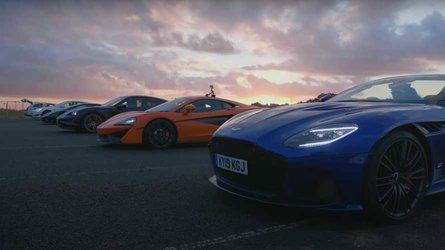 The lowest trim Taycan is the 4S, though there’s a base model still expected. Porsche is also developing the long-roofed Porsche Taycan Cross Turismo. Spy photos have shown that model without camouflage, which makes us think its debut is imminent, though Porsche has yet to send out any save-the-date notifications so people can clear their calendars for the reveal. We’ll watch Taycan sales this year to see if Porsche can supplant two of its sports cars with an all-electric sedan.