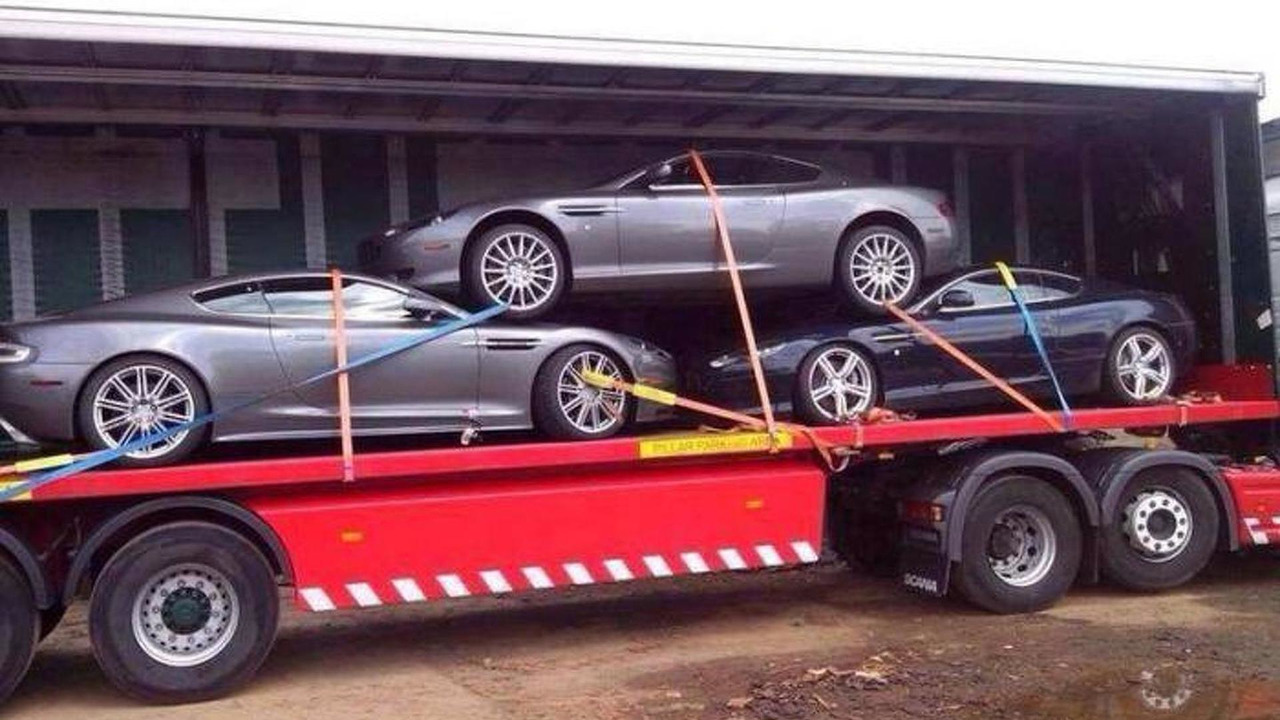 Autogespot recently posted a literally unbelievable photo of a trailer loaded up with Aston Martins.

Autogespot recently posted a literally unbelievable photo of a trailer loaded up with Aston Martins.

This is one of those pics for which it's hard to find an explanation other than saying it's fake. It doesn't look digitally manipulated especially since it comes from a reliable source as Autogespot. However, we can't seem to understand how someone in his right mind though it would be ok to transport these three Aston Martins like scrap cars.

The one on top and the one on the bottom left are DB9s while the dark blue one on the bottom right is a DBS. Even if these Astons - which were heading to Poland - were being transported as scarp cars (which doesn't appear so) it's still wrong to squeeze them like a sandwich since the weight can do some serious damage to the two cars on the bottom.

If anyone can find another explanation for this, feel free to share it in the comments section below.