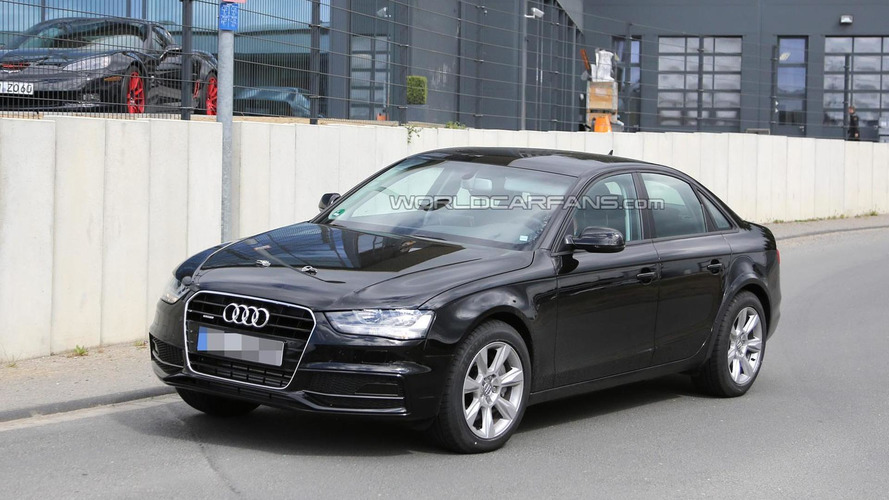 A chassis testing mule of the next generation Audi A4 was spotted by our spy photographers recently.

A chassis testing mule of the next generation Audi A4 was spotted by our spy photographers recently.

A couple of days ago preliminary details emerged about the A4 B9 and now we have several photos to share with Audi's response to the all-new Mercedes-Benz C-Class. Don't be deceived by the looks of this car as it's only a chassis testing mule with two hood latches and wider rear wheel arches. In addition, the vehicle appears to have a raised suspension which indicates Audi's engineers are already working on a more rugged Allroad version that will likely come out shortly after the standard model.

From what we know so far, the 2015 Audi A4 will be offered in a plug-in hybrid version (211 bhp 2.0 TFSI + 95 bhp electric motor) and will be able to travel for 50 km (31 miles) solely on electric power. The 1.4 TSI engine is said to receive cylinder deactivation technology which will shut down two cylinders during low and medium loads which will lower fuel consumption by 0.5 liters / 100 km and the process of deactivating & activating the two cylinders will only take 36 milliseconds.

Exterior design will be evolutionary while on the inside the center console will be derived from the A8 facelift but with the programmable display from the TT, although not with the same level of customization. The A4 B9 will reportedly come with a digital screen incorporated in the rearview mirror and should boast a larger touchscreen display as part of the latest generation MMI infotainment system.

The overhauled A4 is set to reach Audi’s dealerships sometime in 2015. 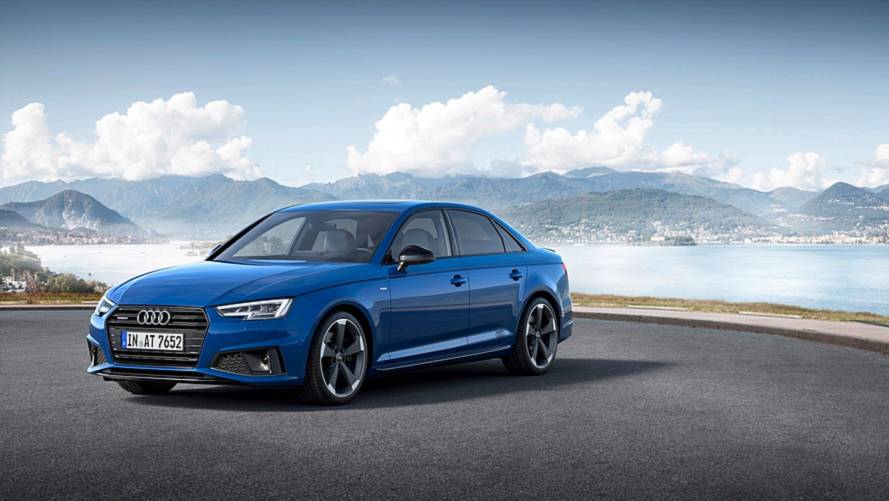