No, GM Did Not Tease The Chevy Corvette Electric SUV 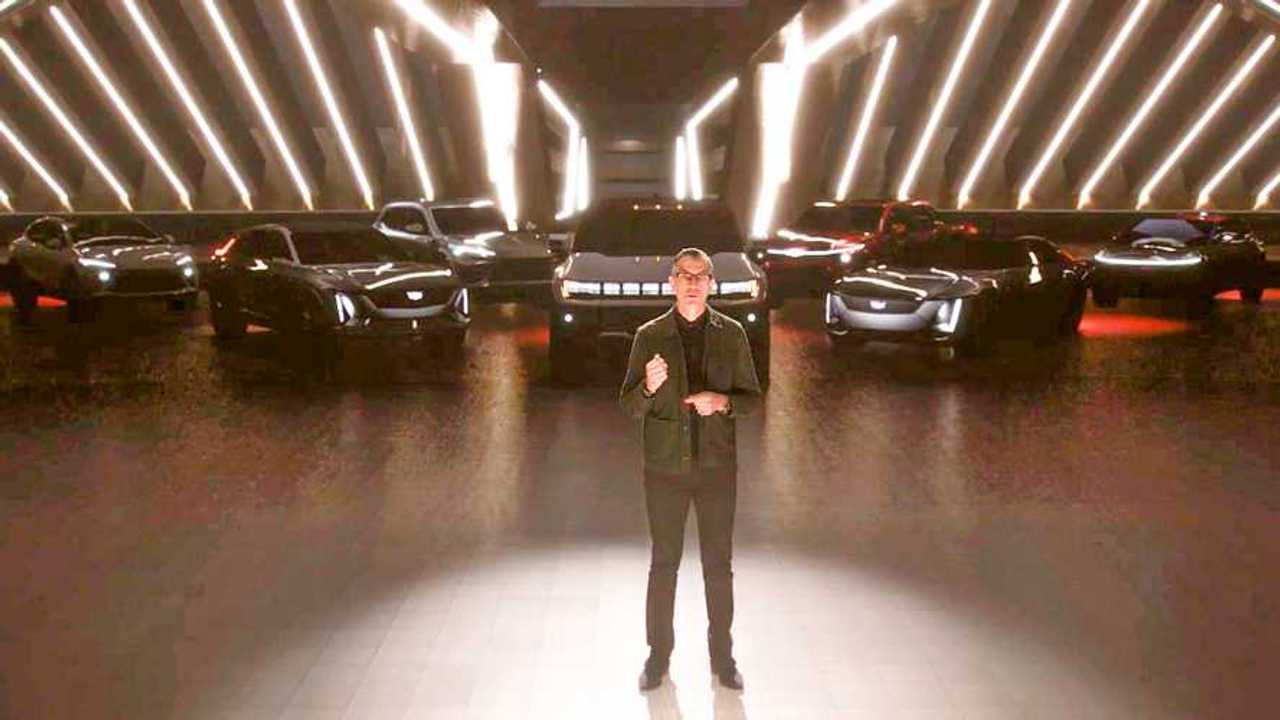 Rants, ravings, and rumors have speculated about a Chevy Corvette SUV for years. The idea of expanding the Corvette brand beyond the two-door sports car isn't a new one. Former GM-staple Bob Lutz even imagined the potential for a $100,000 Corvette SUV. GM's CES presentation today teased several new products, with some publications speculating that one was not only a Corvette Crossover but an all-electronic one, too. Sadly, that is not the case.

GM Vice President of Global Design Michael Simcoe told The Roadshow that the two crossovers that were over his right shoulder (our left in the photo above) are both future Buick models. They're not the Corvette SUV that's been speculated about, though it doesn't look like any model that Buick offers today. Just last September, the brand unveiled the Buick Electra Concept Teases Brand’s New Look, Electrified Future, though it, too, looks quite dissimilar from what GM revealed today. The two new concepts do feature Corvette-like headlights, which could aid in the confusion.

Buick's lineup lacks an EV in the US, though it's crossover-centric lineup makes it the perfect avenue to introduce new electric vehicles. GM didn't offer any information on the two new Buicks today, though it did offer info on the Electra crossover concept, which could preview what we can expect. The Electra concept, using GM's Ultium batteries, delivered more than 372 miles (600 kilometers) of range with a max output of 583 horsepower (435 kilowatts). The powertrain can send the Electra to 100 kilometers per hour (62 miles per hour) in a quick 4.3 seconds.

Chevy just introduced the C8 Corvette for 2020, which likely helped spur new rumors of expanding the brand. It is doubtful they'll die anytime soon. Ford expanded the Mustang brand with the Mach-E all-electric crossover, which is something GM is likely closely watching. Ford's success, or failure, could influence General Motors. While many more Corvette variants are expected, including an electrified one, an all-electric Corvette SUV doesn't seem to be in the cards right now.