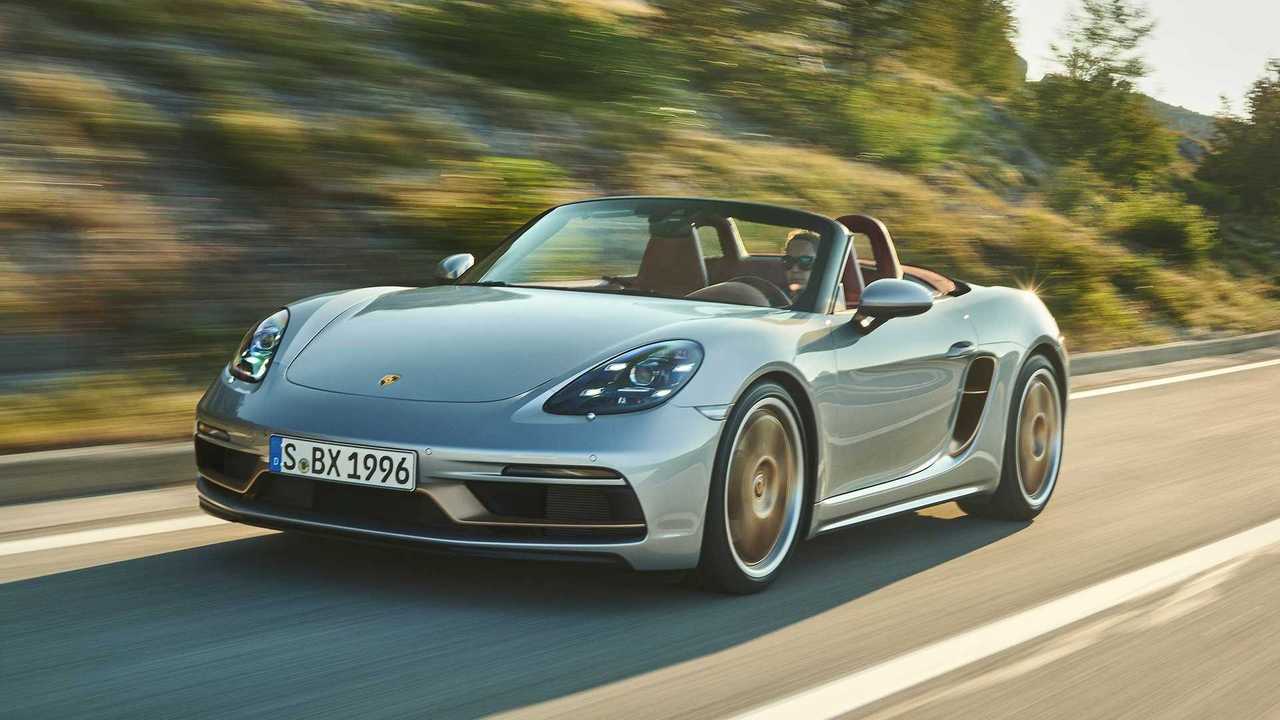 Time sure does fly when you're having fun. There are few who would argue driving a Porsche Boxster isn't fun, and just like that, 25 years have passed since the original 986 Boxster hit the scene in 1996. It launched in Europe packing 201 horsepower (148 kilowatts) from a 2.5-liter flat-six engine. My how times have changed.

To mark this occasion, Porsche offers a special anniversary model appropriately called the Boxster 25. It's an appearance-only package, drawing inspiration from the Boxster concept car that debuted at the North American International Auto Show in Detroit back in 1993. The copper trim for the side vents, front air intakes, badging, and wheels is the obvious grab, contrasting with the silver metallic finish as it did so many years ago. A closer look reveals a special aluminum-look fuel filler cap, high-gloss exhaust finishers, and a black windshield frame. You'll also see a special Boxster 25 badge on the back.

Moving inside, you'll find a properly retro leather interior finished in Bordeaux Red, and the fabric soft top is also red with embossed Boxster 25 lettering. Brushed aluminum trim contrasts the red with more Boxster 25 branding found on the gauges and door sills. On the passenger side, a Boxster 25 strip with the specific vehicle production number reminds you it's a special car. And with just 1,250 planned for production, it will be quite rare. If you don't want your Boxster 25 in silver, black or white metallic exteriors are available. Similarly, the red top and interior can be swapped for black.

Being an anniversary edition, Porsche didn't relegate the special treatment to a base model. All Boxster 25s are GTS 4.0 models, meaning a 394 hp (290 kW) flat-six is holding station behind the occupants. It's offered with either a six-speed manual or a dual-clutch transmission, with Porsche Active Suspension Management and the torque vectoring limited-slip differential included as standard equipment.

Porsche says order banks for the Boxster 25 are open now with a starting price of $98,600. Models should reach US dealerships in the spring.