Expect plenty of RAV4 influence for the new model.

The Lexus NX is getting along in years. The small luxury crossover hit the scene back in 2014, followed by a modest facelift for the 2018 model year. It's still a strong seller for Lexus despite its age, holding a distant second place in the luxury brand's lineup behind the RX. But time is ticking, and we now have our first look at the next-gen NX.

Admittedly, there isn't a heck of a lot to see. Caught testing in Colorado, this prototype is well-concealed with camo wrap and strategically placed panels. Still, we can see enough in profile to know it will be recognizable compared to the current model. The sharply kinked side glass at the D-pillar is distinctive and still visible through the wrap. We can also see some creased body lines poking through the covers, notably around the door handles and wrapping around the backside.

These features appear similar to the current NX, and if we focus our attention to the front, the overall shape of the grille is also similar. In short, expect an evolutionary exterior update that incorporates smaller lights front and rear, and the trademark Lexus spindle grille large and in-charge up front. A more substantial makeover should hit the interior, with the focal point likely being a large touchscreen display that could reach 14 inches in size.

Underneath, we're expecting to find a tweaked version of Toyota's TNGA-K platform shared with the RAV4. In fact, the new NX could borrow even more from the RAV4, not the least of which being the plug-in hybrid powertrain from the RAV4 Prime. The 2.5-liter four-cylinder from the RAV4 could power an entry-level NX, with the 3.5-liter V6 from the Camry being available in higher-spec models. 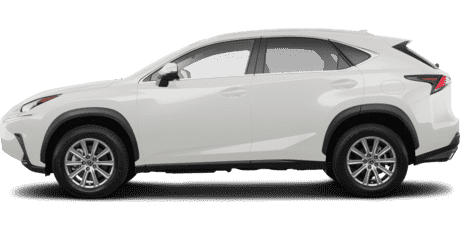 With this being our first sighting, there's still much we don't know and that includes a specific reveal date. At this time, we're estimating the wraps to come off later this year, making the new NX a 2022 model.