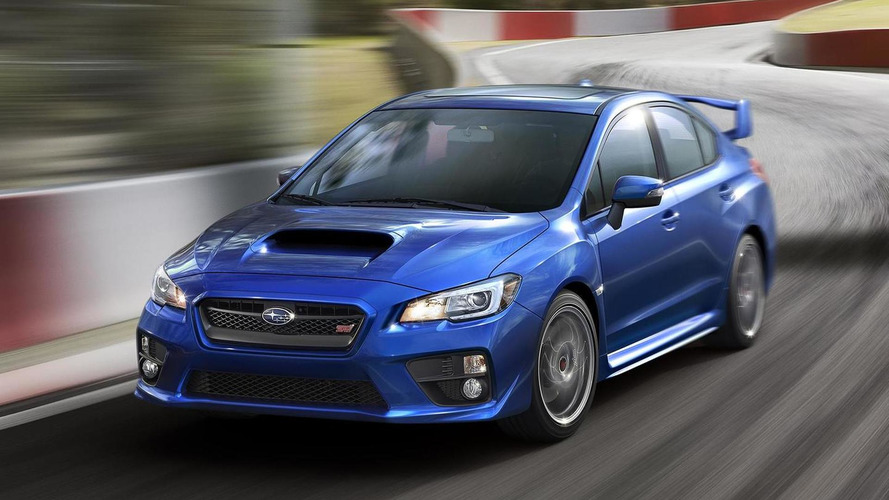 Subaru has announced plans to attempt to set a new lap record at the Isle of Man TT course with the 2015 WRX STI.

Subaru has announced plans to attempt to set a new lap record at the Isle of Man TT course with the 2015 WRX STI.

Set to be driven by British rally champion Mark Higgins, the model will attempt beat the previous record of 19 minutes and 56.7 seconds. That particular record was set by Higgins in the previous-generation WRX STI in 2011.

As a refresher, the 2015 WRX STI has turbocharged 2.5-liter four-cylinder engine that develops 305 bhp (227 kW) and 290 lb-ft (393 Nm) of torque. It is connected to a six-speed manual transmission and a symmetrical all-wheel drive system.

While Subaru says the car is a standard production model, it will be equipped with retuned springs and dampers to "minimize any potential damage when the car encounters the many bumps – and jumps – at high speed along the course." The model will also be outfitted with a roll-cage, a racing harness and a fire suppression system.

According to Higgins, "Setting the record was totally exhilarating and one of the highlights of my career – Bray Hill certainly added to the thrill! As a Manxman, I love the TT Races and I have a huge amount of respect for the TT riders and what they do. It will be a real honor to attempt a new fastest car lap.”

Gallery: 2015 Subaru WRX STI to attempt a new lap record at the Isle of Man