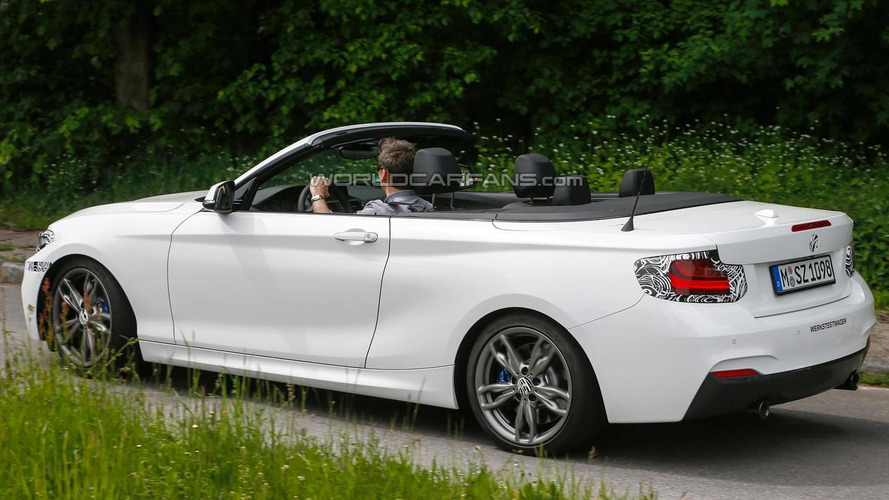 The BMW 2-Series Convertible has returned in fully revealing spy shots ahead of an official launch scheduled in the months to come.

The BMW 2-Series Convertible has returned in fully revealing spy shots ahead of an official launch scheduled in the months to come.

This is by far our best look at the BMW 2-Series Convertible which will act as a successor for the 1-Series Convertible carrying a foldable soft top and a slightly increased body. The vehicle was spotted virtually without any camouflage on European public roads which indicates an official introduction is nearby, possibly in October at the Paris Motor Show.

The white prototype grabbed by our spy photographers had the M Sport bumpers and a dual exhaust arrangement indicating that it could be the M235i version. If this is the case, under the hood there's an inline-six TwinPower Turbo 3.0-liter gasoline engine delivering 326 PS (240 kW) and 450 Nm (322 lb-ft) which works with either a six-speed manual or an optional eight-speed automatic gearbox.

While the coupe does 0-62 mph (0-100 km/h) in 4.8 seconds with the auto 'box, the convertible will be a tad slower due to a slightly higher curb weight. It's the same case with the manual version with which the M235i Coupe does the sprint in 5 seconds.