Mercedes-Benz MLC returns in up close spy shots, including interior 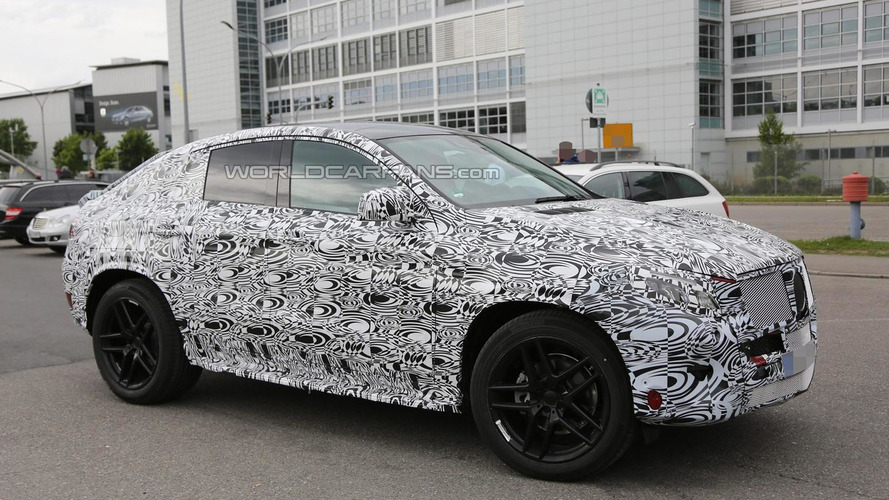 The upcoming Mercedes-Benz MLC was spotted once again by our spy photographers who were also able to snap a pic of the interior cabin.

The upcoming Mercedes-Benz MLC was spotted once again by our spy photographers who were also able to snap a pic of the interior cabin.

Mercedes-Benz announced its intentions of creating a BMW X6 competitor last month at the Beijing Motor Show with the Concept Coupe SUV and a production version is already in development since this is the second batch of spy photos we share, indicating the model is not that far away and could be introduced towards the end of the year or early 2015 in Detroit at NAIAS.

Although wrapped around in a full body camouflage, the MLC clearly shows its X6-like body shape and will have a huge front grille together with massive vents and muscular side skirts. Through these spy shots we also get to see a portion of the LED taillights and have a quick look at the interior which from this angle doesn't bring any novelties.

The Mercedes-Benz MLC is expected to ride on the same platform as the M-Class from where it will also borrow the engines and since BMW has the X6 M, don't be too surprised if Mercedes-Benz will offer a flagship MLC AMG version but most likely not from day one.