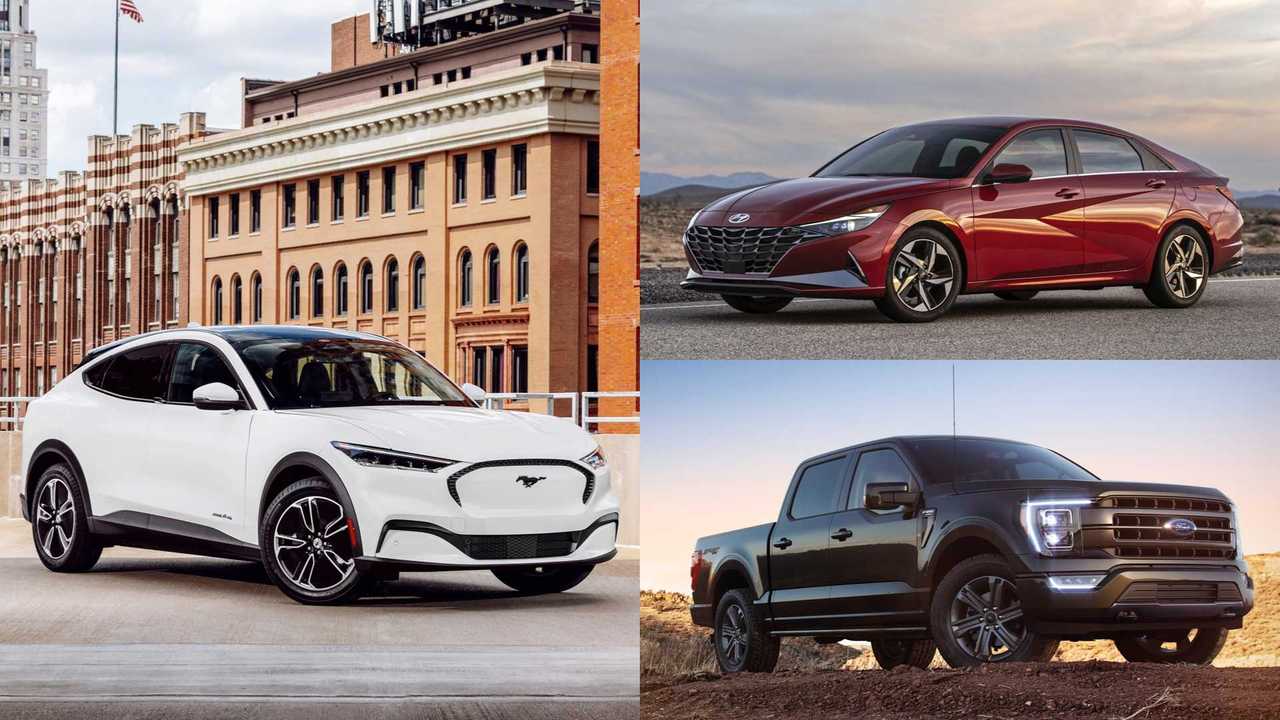 The awards cover cars, trucks, and SUVs sold in America.

2020 has been one of the toughest years automakers have ever faced. It may also be the year where electric power made a significant move towards mainstream motoring, and the North American Car, Truck, and Utility of the Year (NACTOY) winners certainly reflect the changing times. This year's winners are all available with some measure of electrification, with one being a pure EV.

Announced on January 11, the NACTOY winner for car of the year is the Hyundai Elantra. Ford then swept the final two categories with the Ford F-150 winning truck of the year, and the Ford Mustang Mach-E taking home the award for best utility vehicle. The winners were ultimately narrowed down from a field of 43, culminating in three finalists for each category. The Elantra beat the Nissan Sentra and Genesis G80 for the car award, while the new F-150 topped the Jeep Gladiator Mojave and Ram 1500 TRX.

Perhaps the biggest news – and possibly the most surprising for some – is the all-electric Ford Mustang Mach-E taking the win in the utility category. It beat the luxurious Genesis GV80 and the decidedly rugged Land Rover Defender to win the award, with some NACTOY jurors pointing to the Mach-E's exciting styling and performance as standout features. With four doors, available all-wheel-drive, seating for five, and room for cargo at the back, the Mach-E slots into the crossover realm and it's certainly garnered attention as a proper Tesla competitor. Of course, its Mustang branding has also garnered no small amount of attention.

As for the F-150, NACTOY jurors highlighted the sheer range of customization, refinement, and innovations like the on-board generator as factors in its win. The new F-150 is also available as a hybrid model, and a fully-electric version is coming soon. The Elantra won hearts for its striking design, variety of models, efficiency, available safety systems, and fun-to-drive attributes. Like the F-150, it's also available as a hybrid, though enthusiasts might find the N-Line and the forthcoming Elantra N more exciting.

The NACTOY awards were first presented in 1994. Winners are selected by a jury of 50 automotive journalists from the US and Canada, representing all sectors of the industry from print media to television and the internet.