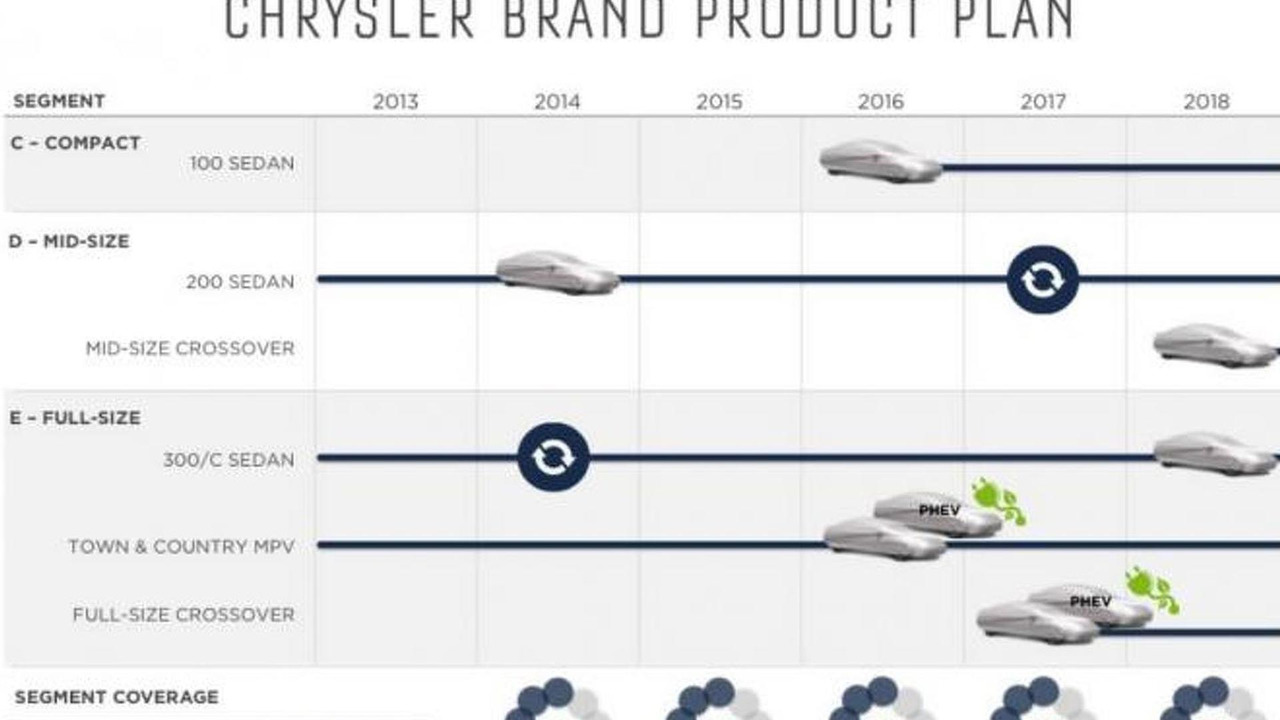 Chrysler has taken the wraps off their new five-year business plan. It calls for the company to launch three new models by 2018.

Chrysler has taken the wraps off their new five-year business plan.

Designed to increase the brand's sales to 800,000 units by 2018, the plan calls for the company to launch an entry-level Chrysler 100 in 2016. The company didn't have much to say about the model but they confirmed it will compete with the Chevrolet Cruze, Ford Focus, Honda Civic and Toyota Corolla. Chrysler also said the model will have outstanding design, craftsmanship and performance.

In 2017, the company will unveil a full-size crossover that will become the spiritual successor to the Aspen. It will compete with the Ford Explorer, Nissan Pathfinder, Toyota Highlander and Buick Enclave / Chevrolet Traverse / GMC Acadia. There's no word on specifications but the company confirmed plans to offer a plug-in hybrid variant.

A year later, Chrysler will introduce a mid-size crossover. It will battle the Chevrolet Equinox / GMC Terrain, Ford Edge and Hyundai Santa Fe.

Besides the new models, Chrysler will introduce a facelifted 300 later this year before launching an all-new model in 2018. There will also be a new Town & Country in 2016 and a facelifted 200 in 2017.