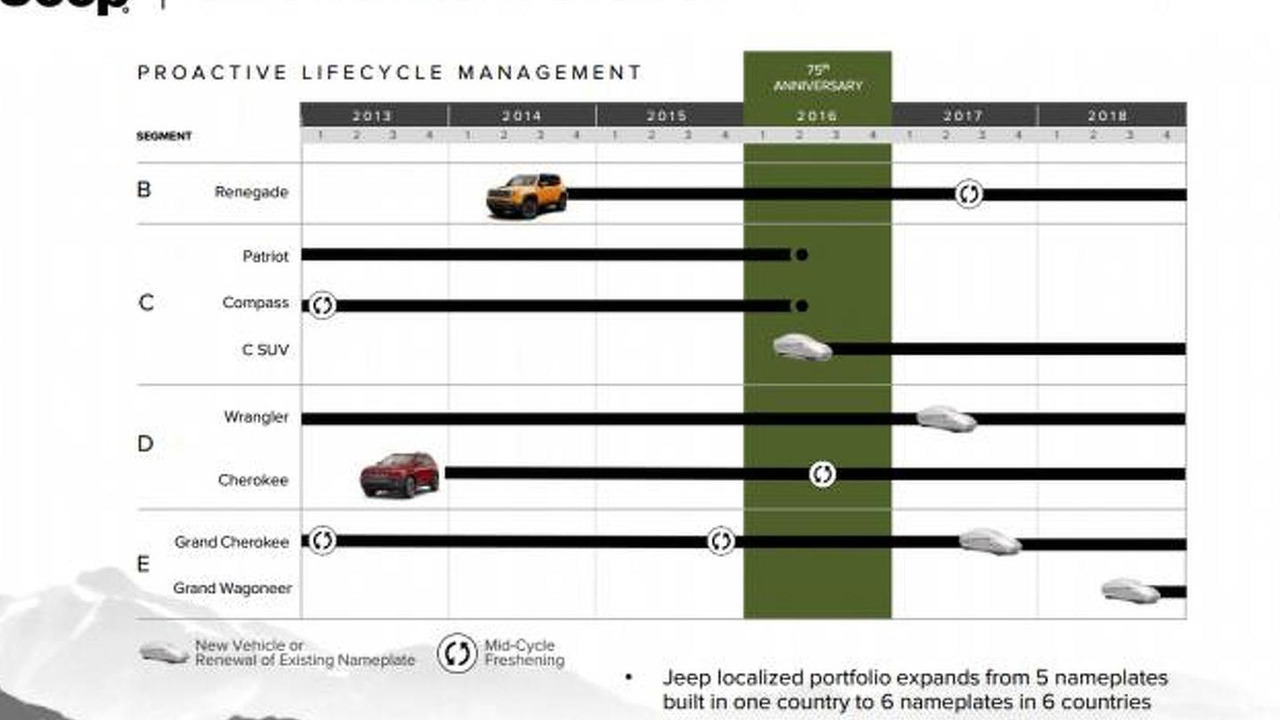 Fiat Chrysler Automobiles has officially unveiled their new five year plan for Jeep. It includes an new C-segment SUV and a Grand Wagoneer.

First and foremost, the Compass and Patriot will remain in production until 2016 when they are replaced by an all-new model which is dubbed the "C SUV." Little is known about the model but it will slot between the Renegade and Cherokee.

Speaking of the latter model, it will be given a mid-cycle facelift in 2016 to correspond with the company's 75th anniversary. A year later, the company will introduce a facelifted Renegade and an all-new Wrangler which will likely be lighter than its predecessor.

The Grand Cherokee will receive its second facelift in late 2015 before being replaced by an all-new model in 2017. It will eventually be joined by a brand-new Grand Wagoneer in 2018.

Besides adding new and updated models, Jeep plans to increase their annual production to 1.9 million units by 2018. To support the increased production, the company will open about 1,300 new dealerships which will mostly be based in the Asia / Pacific region.