Audi Q8 arriving in 2017 together with RS version - report 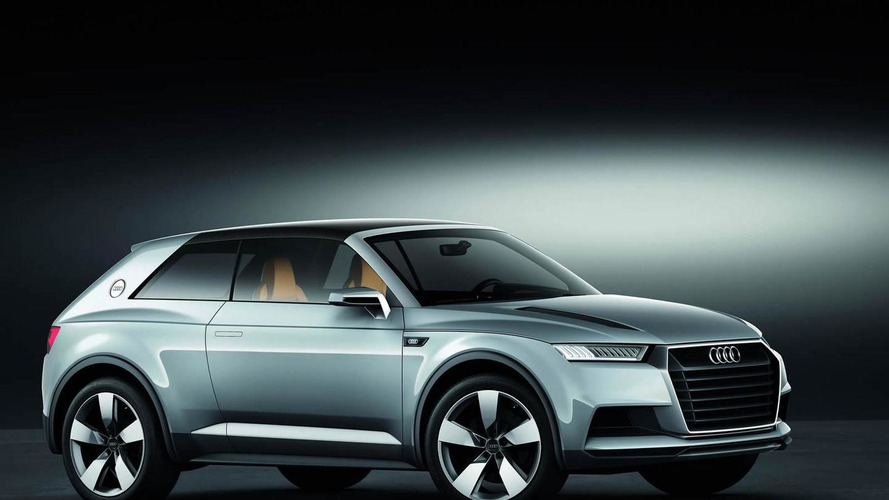 Audi chief Rupert Stadler told Autocar a flagship crossover has been given the green light and will likely receive the Q8 nameplate.

Audi chief Rupert Stadler told Autocar a flagship crossover has been given the green light and will likely receive the Q8 nameplate.

Get ready for a lot more crossovers and SUVs wearing the four ring logo as Audi is planning Q1, Q2, Q4, Q6 and Q8 models to sit alongside the existing Q3, Q5 and Q7. The most important of the bunch will be without any doubt the Q8 positioned on top of the range and is expected to have an overall length of more than five meters.

It is believed the Q8 will adopt a five-door body style with the design being quite a departure from Audi's current crossovers and SUVs thanks to new design boss Marc Lichte who wants to differentiate it from the upcoming second generation Q7. The report indicates a sportier front fascia, smaller side windows and a more sloped roofline while the rear window will be more angled.

It will go up against the BMW X6, Mercedes-Benz MLC and Range Rover Sport and will be powered by several V6 and V8 gasoline and diesel engines, as well as plug-in hybrid and full electric derivatives, with the latter being developed as a Tesla Model X rival. There will also be an RS version powered by an uprated V8 4.0-liter twin-turbo engine.

The Audi Q8 will ride on an evolution of the MLB platform (called MLB Evo) and the lightest version will tip the scales at less than 2,000 kg (4,409 lbs). This will be possible by using a combination of aluminum, carbon fiber reinforced plastics (CFRP) and thinner-gauge high-strength steels.

Gallery: Audi Q8 arriving in 2017 together with RS version - report