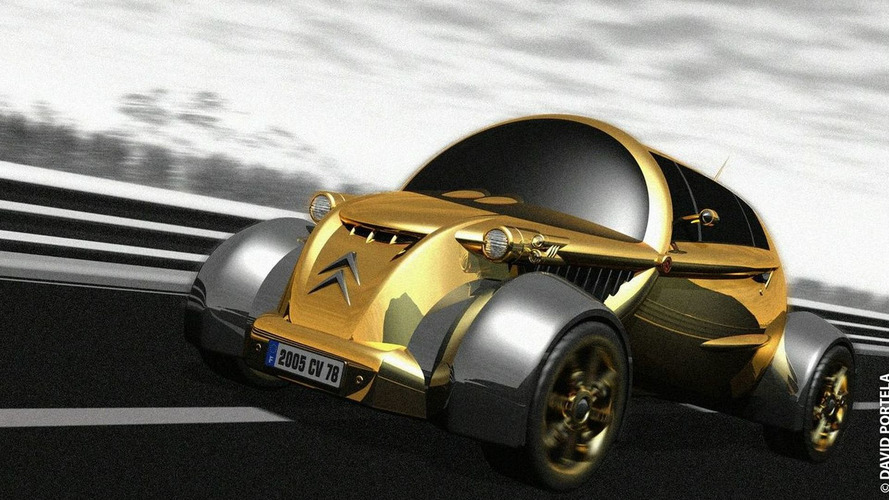 In 1948, the world was presented to one of its most famous and interesting cars ever, the Citroën 2CV. In 2008, when the car turns 60, there is a great expectation on what the French automaker might present at the Paris Motor Show to celebrate the date. Considering VW has already recreated the Beetle, and Fiat has brought back the 500 as well as being very likely sell a new Topolino very soon, why couldn’t Citroën do the same? That’s what the French designer David Portela hopes and he has even created a suggestion for the “doble chevron” company, the one that you all can see in the images of this article.

“The forms I have used are very simple, almost geometrical, surely inspired by the original car, but also by the aeronautical world. They are a blend of the 1940-1950 style and futurism”, said Portela to World Car Fans. Although Portela was mostly concerned about the style of the car, he gave us some hints on the technical specs it could present. “We could say this car would be around 4.20 m long and would be powered by a hybrid drivetrain or a flexible fuel engine, in order to preserve the environment.”

According to Portela, Citroën has never contacted him about the project, created in 2005, but widely reminded now, when the small car celebrates its 60th anniversary. “I don’t know if Citroën is working on a new 2CV, but after VW Beetle, Fiat 500 and the new Mini, this could as well be the next resurrection…” Let’s hope for it.