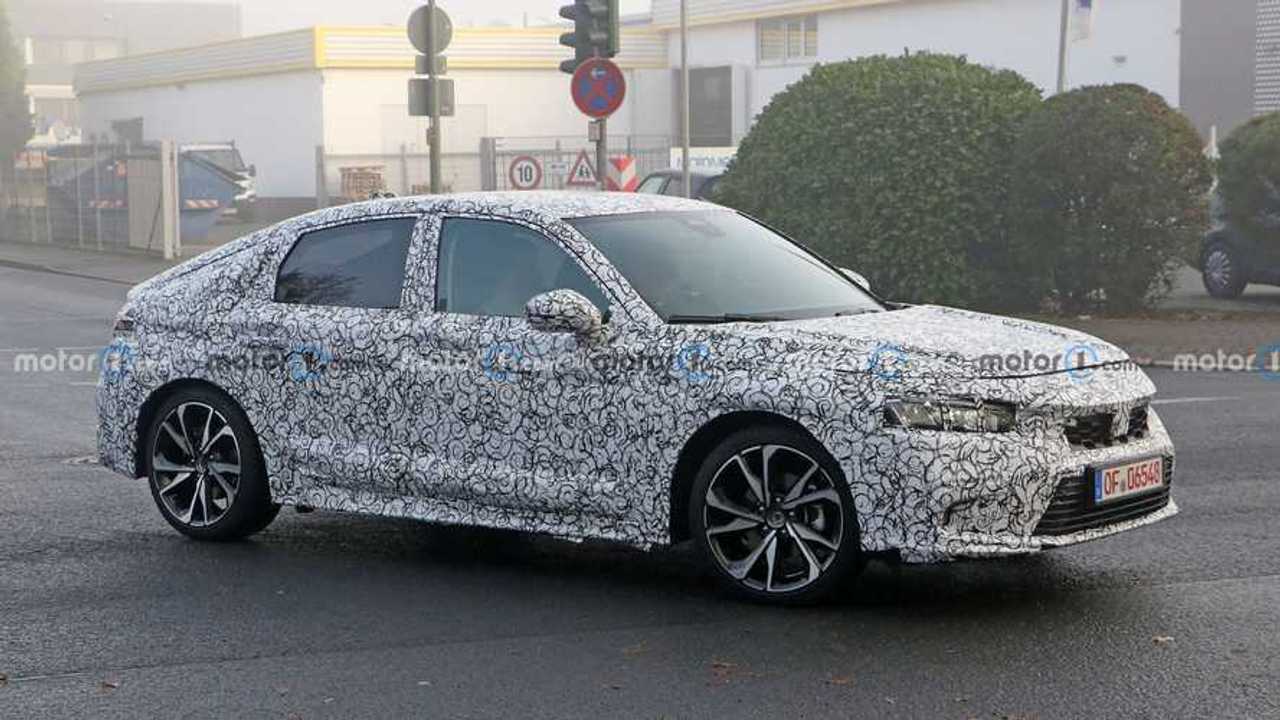 A new gallery of spy photos provides our best look yet at the development of the next-gen Honda Civic Hatchback during testing in Germany. This one is under fairly heavy camouflage, but we can check out the design trademark images to know how this variant looks when the concealment comes off.

The Civic Hatchback's design is largely identical to the sedan until your eye reaches a point just behind the rear doors. From there, the tail has a teardrop silhouette that looks sleeker than the sedan.

The large hatchback has a fairly steep angle that provides more of a liftback aesthetic than the more traditional look of a five-door. Folks missing the Civic coupe might gravitate towards this body style because of the svelte appearance.

While concealed here, the trademark images show that the upper edge of the taillights spans the entire width of the rear. The lamps also have a more rounded shape than the ones on the new Civic Sedan.

Inside, the Civic Hatchback should have all the tech from the sedan in addition to the possibility of being able to swallow more stuff in the back. The dashboard has a minimalist look with a 9.0-inch screen on top of the dashboard and a digital instrument cluster. There are skinny HVAC vents and three simple dials on the center stack.

Honda is also promising “multiple new active and passive safety systems" without offering any details yet. This includes upgrades to the company's Honda Sensing tech suite.

The 2022 Honda Civic gets a full debut this spring. An Si version of the sedan is also on the way, but the company isn't saying whether the hatchback might get the sporty variant, too. Spy shots show a new Type R is in development but is very likely not debuting at the same time as the other models.