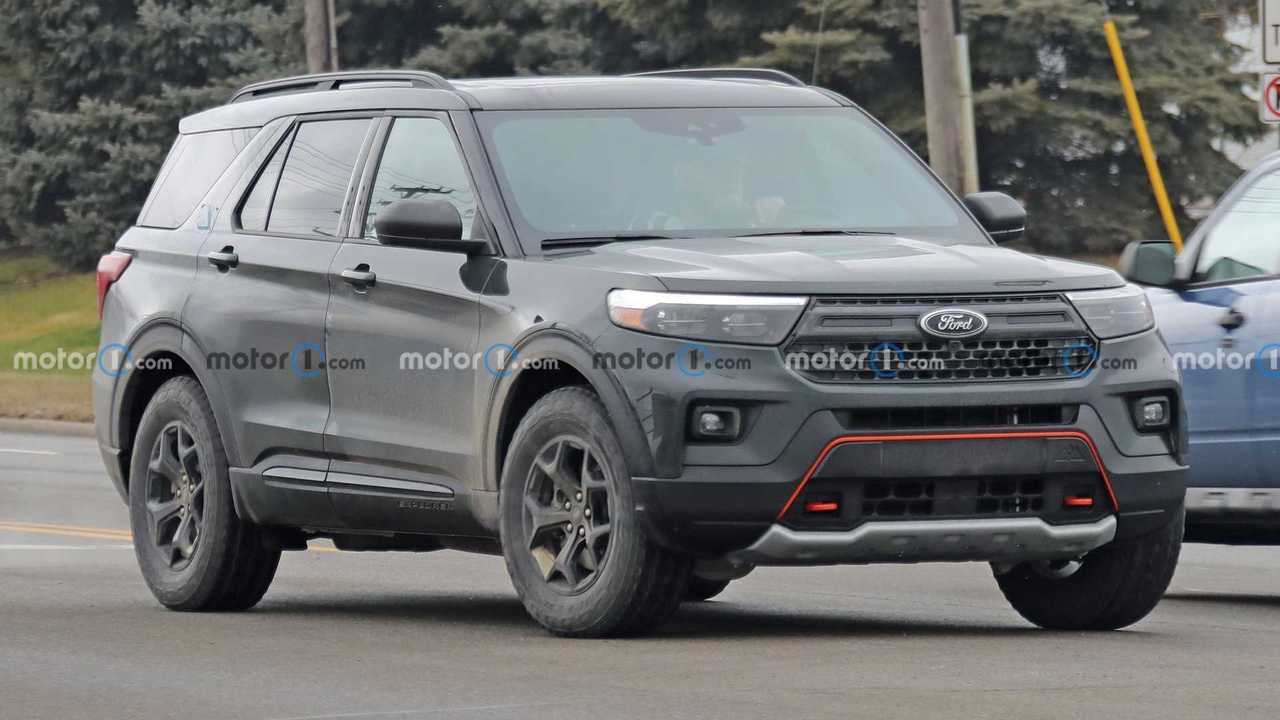 Here's the Explorer that's more capable of going on an adventure.

The Ford Explorer Timberline is on the way to offer buyers a more rugged version of the SUV. These new spy shots catch its latest development, including some previously unseen details.

The Timberline model gives the Explorer a different front fascia with a red accent and matching tow hooks. The lower section is metallic to look like a skid plate. Look closely in the upper part of this area and note the embossed mountain logo, which is under cover in the last spy shots.

The nose has square foglights in the lower corners, rather than the usual skinny rectangular units. A horizontal piece of trim slices through the badge in the grille.

Blue tape on the C-pillar appears to cover more of the mountain graphics that appear on the front fascia. The Timberline's rear bumper hides the exhausts, instead of exposing them on other grades of the Explorer. The tow hitch integrates into the design.

The tweaks to the front and rear styling should improve the Explorer's approach and departure angles, while adding a more rugged appearance to the SUV. The suspension appears to sit a bit higher, too. The Timberline rides on black Y-spoke wheels with Bridgestone Dueller tires. The Timberline might also adopt similar tech to the Expedition FX4 package like multiple skid plates and a 360-degree camera system.

Timberline-specific powertrain tweaks seem unlikely. The 4WD badge on the hatchback tells us this one's drivetrain. Given the model's off-road-focused looks, offering this model exclusively with four-wheel drive would make sense.

The Explorer Timberline should debut in the first half of 2021. Look for sales to begin for the 2022 model year.