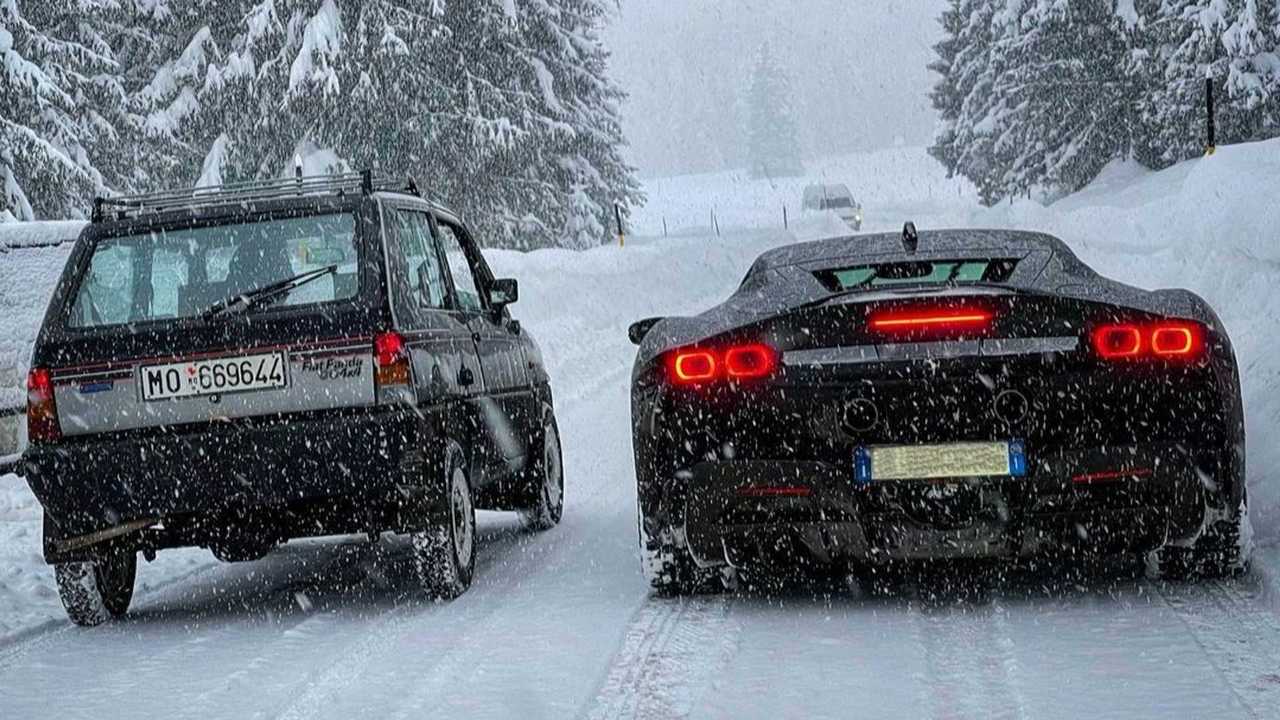 Three years before the Volkswagen Golf Syncro, Fiat brought the Panda 4x4 to the market as one of the first small production cars with a transverse engine and four-wheel drive. Rocking a mighty 965cc engine with 48 horsepower, the teeny-tiny Italian car wasn’t exactly fast, but it was perfect to tackle rural roads while staying on a budget.

Italdesign patented the 4x4 system and sold it to Fiat in 1980, but it was Austrian company Steyr-Puch that provided the system for the versatile runabout. The all-paw setup has now been put to the test in the most unusual way by drag racing a Panda 4x4 against a Ferrari SF90 Stradale on a snowy road. Ok, it’s not a drag race in the truest sense of the meaning, but it’s nevertheless a real hoot to see the two side by side.

When only a couple of boxes ticked on the Stradale’s options list cost more than an OG Panda 4x4, you know this is a David versus Goliath type of drag race. The Fiat may be way lighter, but the Ferrari packs an extra 938 horsepower and has the advantage provided by the electric motor’s instant torque. While the Fiat’s pint-sized gasoline engine sounds like it’s hard at work, we can barely hear Maranello’s twin-turbo V8.

Curiously, this isn’t the first time a Panda 4x4 faces off a car way out of its league as someone pitted the cutesy Fiat against the Porsche Taycan in the final days of 2020. That drag race was also done just for kicks since other than the all-wheel-drive system, the Panda has practically nothing in common with Zuffenhausen’s EV.

Get Up To Speed With The Two Models:

2021 Fiat Panda Revealed With Sport Version And Other Updates

Named after Empanda, the Goddess of Charity in Roman mythology, the Panda is only in its third generation despite being around for 40 years. Fiat has previewed the all-new model with the 2019 Centoventi concept ahead of the production model’s debut expected to take place next year. It will offer a pure electric version, while details about a new 4x4 variant are shrouded in mystery at this point.