At least, not for now.

Cadillac is slowly turning the wheels of a major restructuring plan. The brand wants at least half of its vehicles to be electric by 2025 and that means it’ll have to sacrifice a big portion of its dealers not willing to invest in electric mobility. The shift towards zero-emission powertrains also means some combustion-powered models won’t ever see the light of day.

For example, GM Authority claims there’s no room in Cadillac’s portfolio for XT7 and/or XC8 crossovers to fill the gap between the XT6 and Escalade. The outlet’s report sounds more like a deductive assumption based on certain facts rather than information coming from an insider.

Nevertheless, it seems that the brand’s decision to base the XT6 on General Motors’ C1 platform rather than the more expensive Omega platform is the key here. Right from the beginning, the more budget architecture basically limited the XT6’s appeal to premium customers due to its various limitations compared to the Omega.

GM Authority says the reason why the XT7 and XT8 are not currently in the cards is that they “were what the XT6 was originally intended to be.” Or, put simply - as far as we get it, Cadillac still doesn’t have access to the Omega platform and even if it does, the XT7 and XT8 would be in an entirely different league compared to the XT6. How is that a bad thing though, we can’t tell. 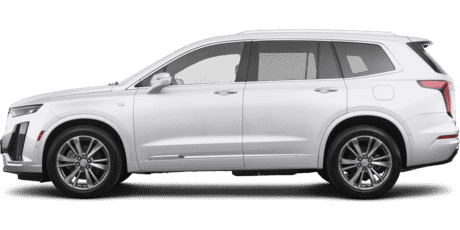 The conclusion seems to be that the new era of electric Cadillac models could open the door to more crossovers and from the brand. With fewer limitations related to the platform and powertrain, an XT7 and/or XT8 may be possible after all. Just not now.