Toyota Files Trademark For Grand Highlander Name In US And Canada

A little more space in back wouldn't be a bad thing.

Here's an interesting development that took place just before we sent 2020 out the door. Toyota snuck in a late-year trademark filing with the US Patent and Trademark Office for Grand Highlander. Specifically, the filing date was December 28, and while we'd love to tell you this is a prelude to a fantastic new vehicle, the best we can offer now is that Toyota apparently has some grand aspirations for its chunky SUV.

The current-generation Highlander isn't old, having debuted in 2019 for the 2020 model year. That said, after spending considerable time behind the wheel we found the redesigned model merely average overall, swimming without much direction in a pool that's jam-packed with competition. Perhaps Toyota sensed that as well, notably with the Highlander's rather cramped three-row capability. It's not a massive SUV, but even for its size, passengers in the furthest seats have the smallest legroom in the Highlander's segment. It's certainly not a welcome place for adults, and it's arguably the area where the Highlander could be improved the most. 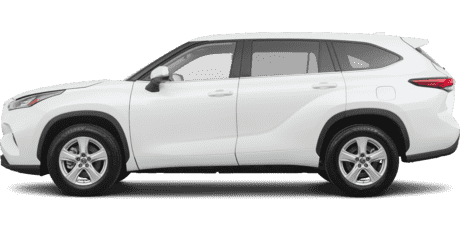 That certainly plays into this Grand Highlander trademark application, though our rumor mill has thus far been silent on such things. Indeed, news from Toyota on the Highlander's future has been extremely quiet since the current-generation SUV went on sale. We've had no sightings of stretched Highlander test vehicles, and with the present model still fresh, mid-cycle updates are likely still a couple of years away. Any way you slice it, a stretched Highlander probably isn't in the cards anytime soon, if ever. Lest we forget – automakers file patents and trademarks all the time, simply to protect ideas.

Our Take On The Highlander:

If a Grand Highlander does arrive, expect it to have a bit more junk in the trunk. In theory, that would be a relatively easy upgrade that could make the third row a kinder, gentler place to be. It would also certainly raise the Highlander's price, which is already dancing on the high end of the spectrum. However, with the pricey Land Cruiser exiting the US market, there will be room in Toyota's lineup for something new.

Source: US Patent And Trademark Office via gr86.org

79 Photos
By: Christopher Smith
++
Got a tip for us? Email: tips@motor1.com