It's the BMW for the whole family.

We have been seeing spy shots of the new BMW 2 Series Active Tourer for over a year, and this rendering from Motor.es takes all of those views into account to imagine how the little minivan looks. Look for the model's debut finally to happen this year.

The 2 Series Active Tourer features angled headlights with LED runnings lights along their lower sections. It's similar to the look from the latest 2 Series Gran Coupe. In the center of the vehicle's face, there's a grille with slightly rounded edges, rather than the more jagged shape from other variants. The front fascia puts the rectangular fog lights in the lower corners.

The rest of the design features a tall roof with a slight arch to it that prevents the 2 Series Active Tourer from looking too boxy. At the back, a large hatchback can swallow a family's worth of gear.

Spy shots still only show the Active Tourer's cabin under camouflage, but the photos and looking at the 2 Series Gran Coupe provide a good guide of what to expect. Buyers would be able to get a digital instrument cluster and a wide infotainment screen.

Just A Few Of The Times We've Seen The 2 Series Active Tourer: 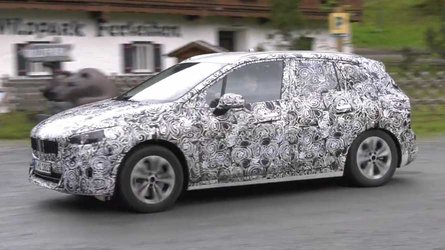 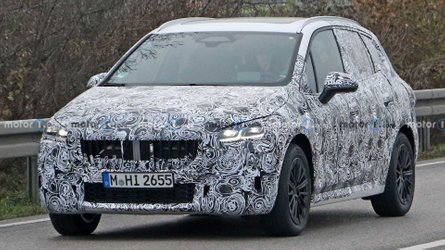 Mechanically, the Active Tourer rides on BMW's UKL front-wheel-drive platform and would also be available with all-wheel drive. European buyers would have lots of powertrain choices, including the traditional gasoline- and diesel-fueled mills. Plus, plug-in hybrid and mild hybrid variants are reportedly on the way.

As with the current model, don't expect the new Active Tourer to come to the United States. The utilitarian model simply doesn't match BMW's positioning as a sporty and luxurious brand in America.