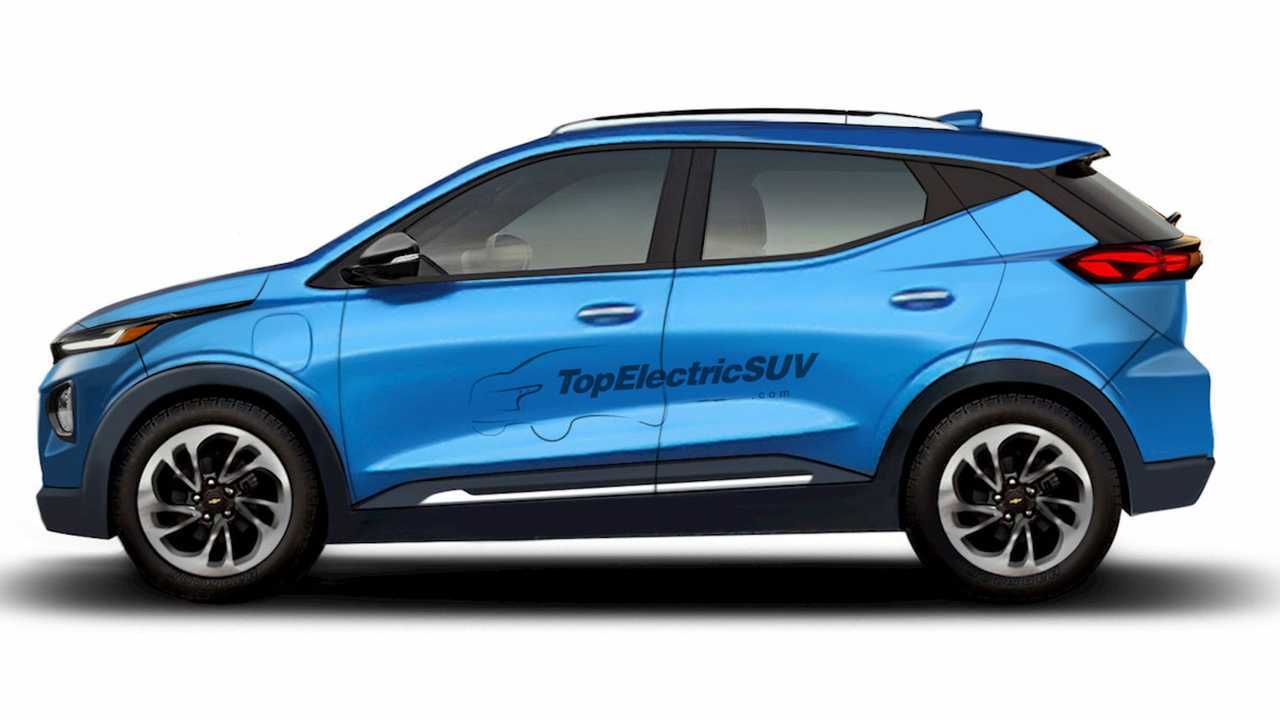 Still no reveal date at this point.

A new crossover based on the Chevrolet Bolt is coming, and that has become official based on the teasers released last month. And yes, it will be called the Bolt EUV and the unofficial rendering above was from TopElectricSUV.com.

Just a refresher about the Chevy Bolt EUV, the name first popped in 2019 when we caught wind of a report about a trademark filing. At that time, it has already been speculated that the new Bolt-based crossover EV will carry that name, possibly bringing utility into the mix.

The first rumors were backed up by a confirmation from Chevrolet that it will be building a new electric vehicle at its Orion facility alongside the Bolt. Then, in May 2020, a prototype of the Bolt EUV was spotted for the first time by our spy photographers, which enriched the initial rumors about the name. It was under heavy camouflage, though, as you can see in the images above.

Before 2020 ended, Chevy teased the Bolt EUV via a series of photos, inside and out, and a short video of the crossover EV's sequential turn signals also hit the spotlight. The official teasers were the basis of TopElectricSUV's rendering above and frankly, we won't be surprised if the real thing's side profile will look like it.

The 2022 Chevy Bolt EUV's launch date isn't revealed at this point, but production is said to start by the summer of this year. It's more likely that the new Bolt hatchback will be unveiled earlier with the Bolt EUV following closely behind.

Expect the Bolt EUV to be Chevy's first production electric vehicle to feature the Super Cruise semi-autonomous driving system. It won't be using GM's Ultium battery technology, though, but you can expect over 311 miles (500 kilometers) of range per the NEDC cycle.