2021 Ram TRX Meets First Accident Before Even Leaving The Plant 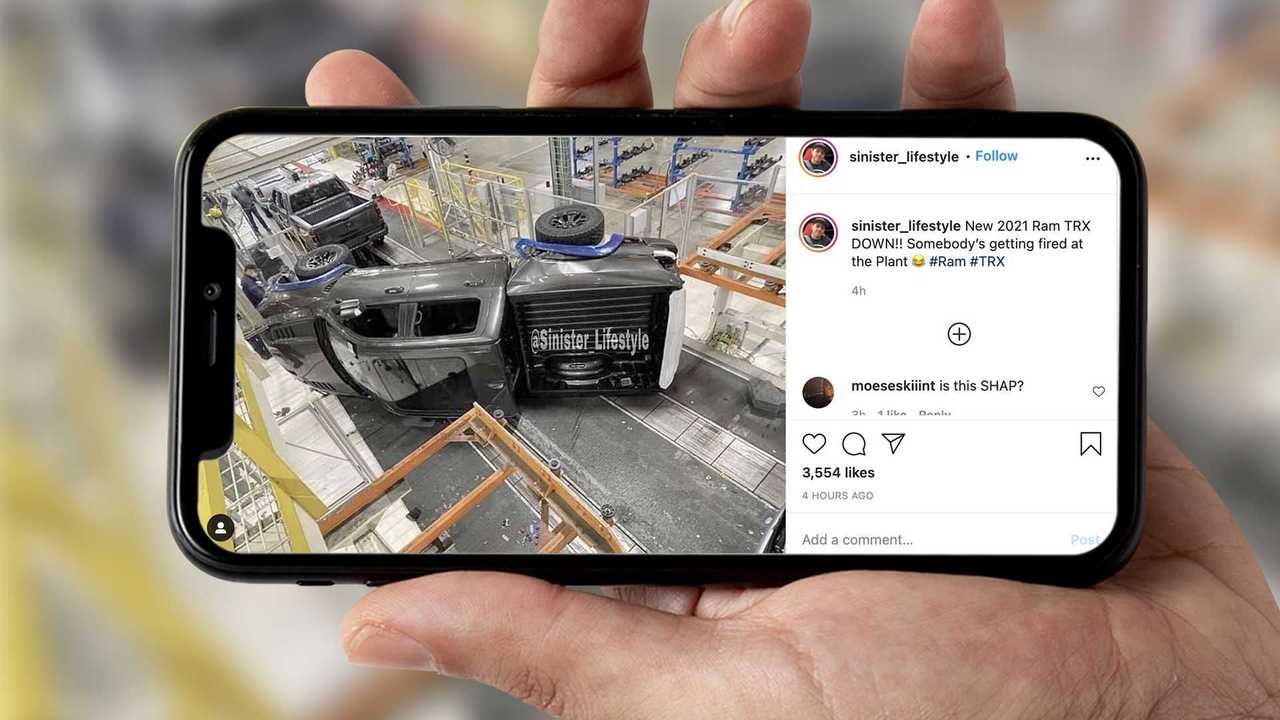 We're not entirely sure but someone could be in trouble at Ram's production plant at this time. As you can see in the lead image above and the embedded Instagram post below, a 2021 Ram TRX has already met its first accident (most likely). Worse, it hasn't even left the factory yet.

The in-factory image you see below is brought to light courtesy of sinister_lifestyle on Instagram. Auto publication The Drive said that they have reached out to both the Instagrammer and Ram for more details, but to no avail.

As we all know, Ram has already kicked off the production of the much-awaited Hellcat-powered Ram 1500 this month. The first one to roll off the line will head to a charity auction, but it won't be this side-standing truck. Judging from the image above, the driver's side will likely suffer much of the damage, plus you can readily see the rear-right fender to have sustained a beating as well.

While it's still unconfirmed whether this photo was taken inside the Sterling Heights Assembly Plant in Michigan, a number of commenters on the Instagram post provide several unconfirmed details. Others pointed out that it's a mechanical failure, while one commenter said that the truck will head off to a scrapyard.

Minus One For The TRX:

It's safe to assume that nobody's injured in the accident, otherwise, it would be a pretty bad joke on sinister_lifestyle's part who posted the photo with a laughing emoji. Then again, we'll know for sure as more details come in.

2021 Ram 1500 TRX deliveries were supposed to start by the end of this year, but given that I am writing this story close to NYE, we'll likely hear more about the first delivery next year. And yes, this wrecked sample not included.