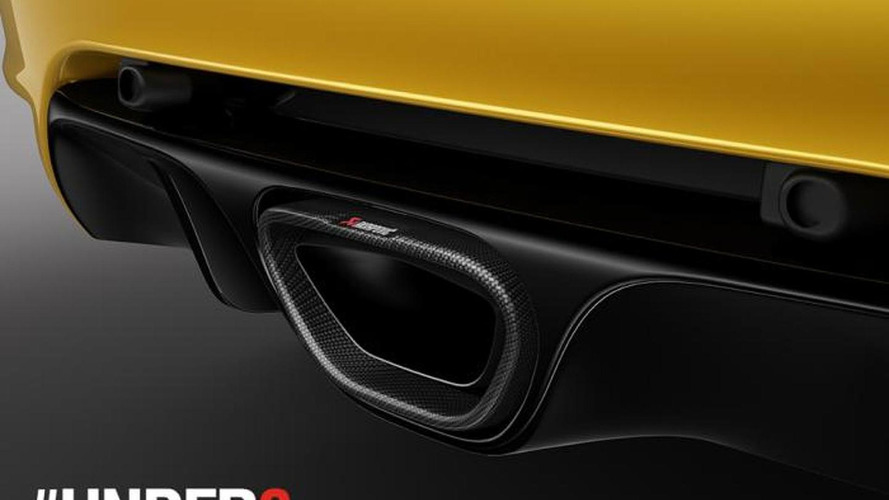 Renault has released a teaser photo of its more hardcore Megane RS Trophy set to be unveiled on June 16.

Renault has released a teaser photo of its more hardcore Megane RS Trophy set to be unveiled on June 16.

Seat is currently the king of the Nürburgring for a front-wheel drive car with a time of 7 minutes and 58.4 seconds achieved using a Leon Cupra 280. Their supremacy seems to be temporary as Renault has announced plans to introduce a special model which will complete a lap of the 'Ring in under 8 minutes. They didn't reveal the car’s identity but it's a safe bet to say it will be a special edition of the Megane RS Trophy.

The vehicle is going to be fitted with a custom Akrapovic exhaust system featuring a carbon fiber cover. It should provide a minor power bump to what used to be the Nürburgring FWD record holder which comes with a 4-cylinder, 2.0-liter turbocharged engine outputting 265 PS (195 kW) and 360 Nm (265 lb-ft) in its current configuration.