2015 Jaguar XE spied at the Nurburgring 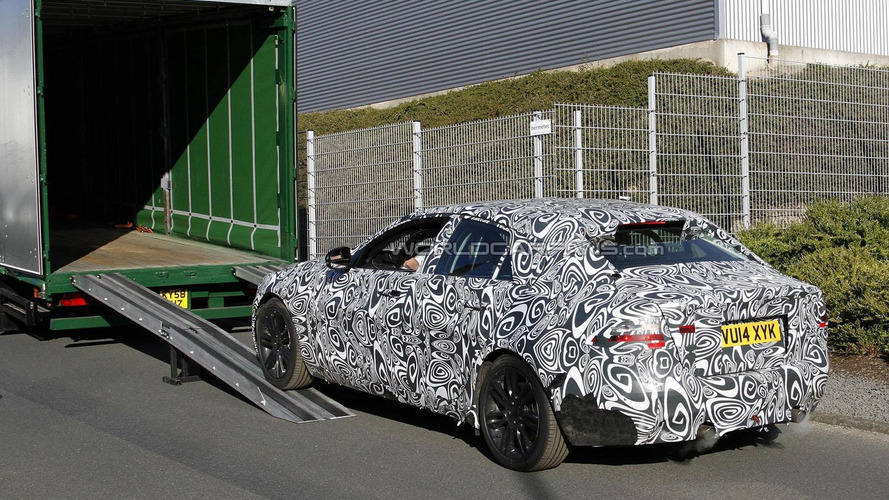 The 2015 Jaguar XE has been spied getting dropped off at the company's Nürburgring testing facility.

The 2015 Jaguar XE has been spied getting dropped off at the company's Nürburgring testing facility.

While our spies were only able to snap a few pictures, the photos reveal the model will have a rectangular grille, slender headlights and mesh grille inserts. We can also see a dual exhaust system and what appears to be a roof-mounted spoiler but that could just be some clever camouflage tricky.

The XE will ride on Jaguar's new iQ[Al] platform and feature a variety of four-cylinder Ingenium engines that will be available in a "wide range of capacities and outputs, all delivering inspirational performance and offering the latest innovations in fuel-efficient technologies without sacrificing drivability." Jaguar has also confirmed the model will be offered with a 3.0-liter V6 from the F-Type.

The production model is expected to be unveiled at the Paris Motor Show, before being launched in mid-2015.