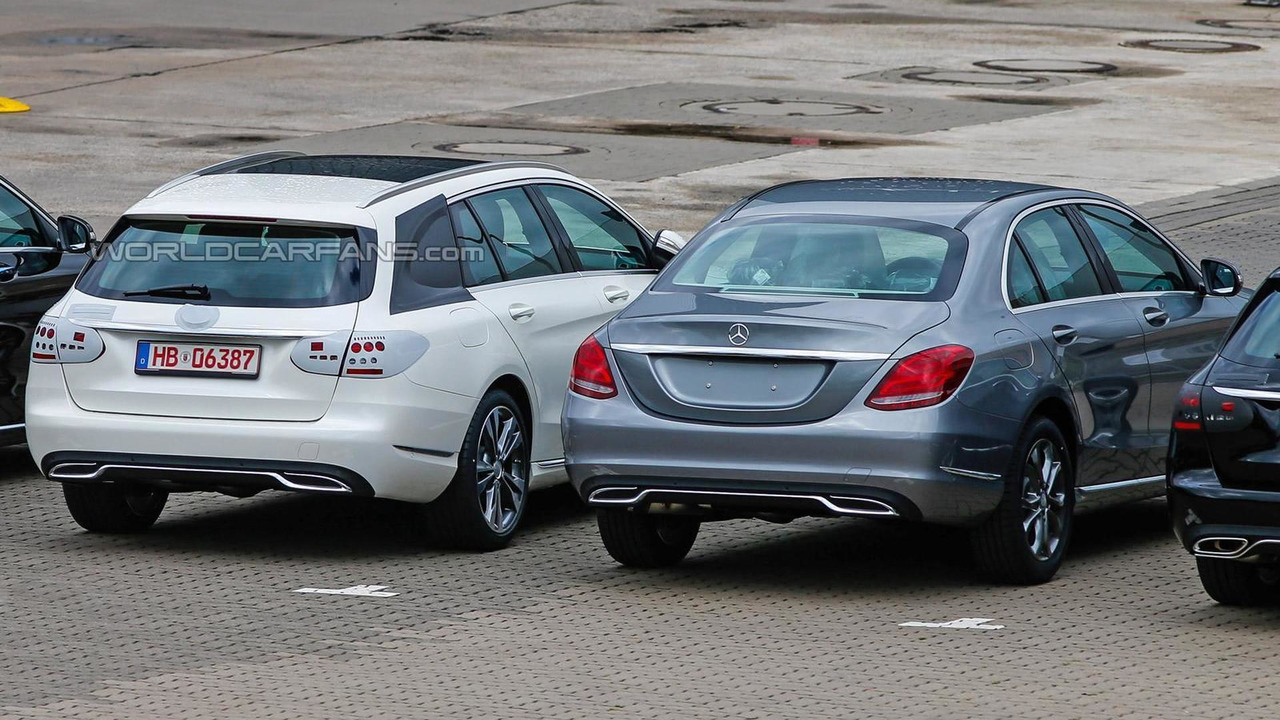 A barely disguised prototype of the Mercedes-Benz C-Class Estate was spied in Stuttgart, Germany.

A barely disguised prototype of the 2015 Mercedes-Benz C-Class Estate was spied in Stuttgart, Germany.

Wearing very little camouflage, the C-Class Estate was spotted while in a parking lot and in one of the shots a prototype sits next to the outgoing model. From the front it looks virtually the same as the new C-Class (W205) sedan while at the back it seems to adopt horizontally-positioned wider taillights which appear to be similar to those of the larger E-Class Estate.

The outgoing C-Class Estate offers 485 - 1,500 liters of cargo capacity but these numbers should increase taking into account the new model will grow in size. There won't be any surprises in terms of engine lineup as it will be carried over from the sedan, including the potent V8 4.0-liter twin-turbo which will power the already confirmed C63 AMG Estate. This motor is rumored to output somewhere in the region of 480 bhp (358 kW).

Since the prototypes seen here have only a minimal amount of camo, it indicates a full reveal is right around the corner. A public debut will probably occur in October at the 2014 Paris Motor Show before going on sale towards the end of the year.