2015 Lexus NX shows its angular design in a parking lot 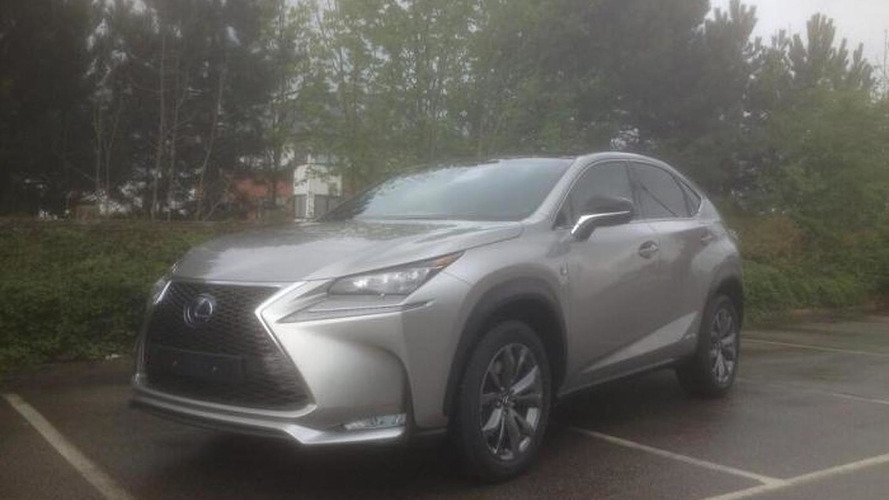 A production-ready 2015 Lexus NX was spotted in a parking lot near Toyota's Burnaston factory in United Kingdom.

A production-ready 2015 Lexus NX was spotted in a parking lot near Toyota's Burnaston factory in United Kingdom.

The Lexus NX made its debut in production form several days ago in China at the Beijing Motor Show and now the crossover has been seen in UK sitting in the parking lot next to Toyota's Burnaston assembly plant. Compared to the larger RX, the NX looks considerably different with its angular design which makes the model stand out in this segment. An F SPORT package can be optionally ordered and will add a different front bumper, bespoke alloys, black mirrors and a mesh grille.

The model is slated to go on order in UK later this year while in United States it will hit dealerships this fall. U.S. buyers will have to choose between a 4-cylinder, 2.0-liter turbo with 235 bhp (175 kW) inside the NX 200t or a hybridized 2.5-liter motor pumping out 194 bhp (145 kW) in the NX 300h variant. FWD will be standard but for more money clients will be able to select an AWD arrangement.