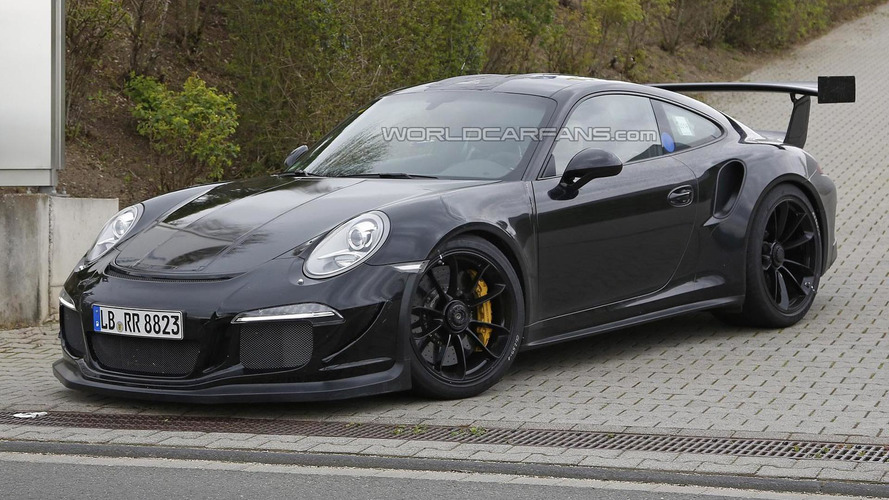 Porsche is hard at work preparing the 911 GT3 RS as a prototype was spied testing recently on the Nürburgring.

Porsche is hard at work preparing the 991 911 GT3 RS as a prototype was spied testing recently on the Nürburgring.

After fixing the fire-related issue on the 911 GT3, Porsche has resumed work on the hardcore RS version which probably won't be delayed as initially believed so chances are it will be introduced in October at the 2014 Paris Motor Show. It will feature a modified body with wider fenders, different canards along with a big wing at the back. Also expect to see an updated roof and a restyled hood for a better aerodynamic efficiency.

Details about what will power the Porsche 911 GT3 RS are scarce at the moment but chances are it will be an evolution of the familiar 6-cylinder 3.8-liter generating more than 475 PS (349 kW). The motor will be coupled to a tweaked PDK gearbox and there are some reports about a manual transmission although Porsche hasn't confirmed this spicy rumor.