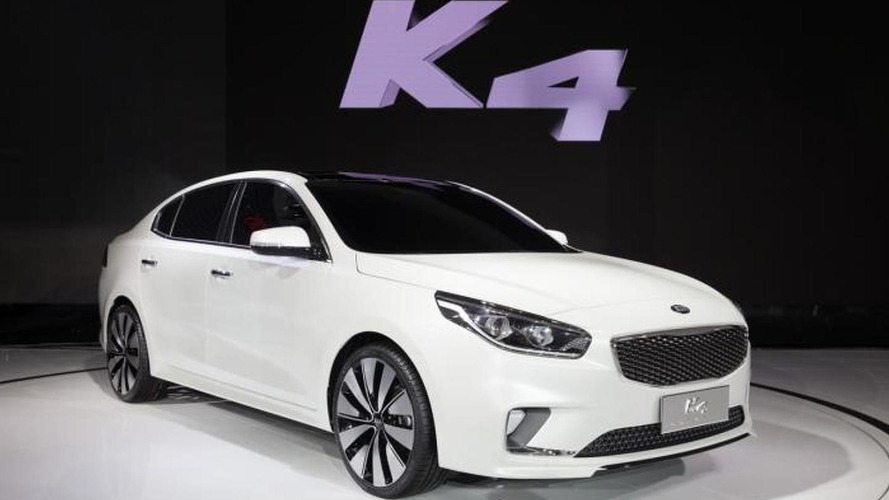 It rides on the same platform as the Hyundai Mistra and will be produced in Yancheng in Jiansu province where Dongfeng Yueda Kia's factory is located. The concept seen here is 4.72 meters long and benefits from a generous 2.7-meter wheelbase which means that it will effectively slot above the K3/Cerato and below the K5/Optima.

Motivation is provided by a four-cylinder, 1.6-liter GDI turbocharged gasoline engine which has arrived in China for the first time and will be coupled to a seven-speed dual clutch transmission. Various reports are indicating the production model will also be offered with naturally-aspirated 1.8- and 2.0-liter engines although Kia hasn't confirmed this information.

Safety features include six airbags, electronic stability program and a rearview camera as well as other active and passive systems which have granted the K4 a five-star rating in C-NCAP crash tests. The spacious interior cabin will be the home for Kia's UVO infotainment system as well as a Supervision instrument cluster and a push button engine start system.

Slated to hit dealerships in the second half of the year, Kia says the K4 will target family-oriented clients who are in their 30s and 40s.