Honda Concept B introduced in Beijing, production version due in 2016 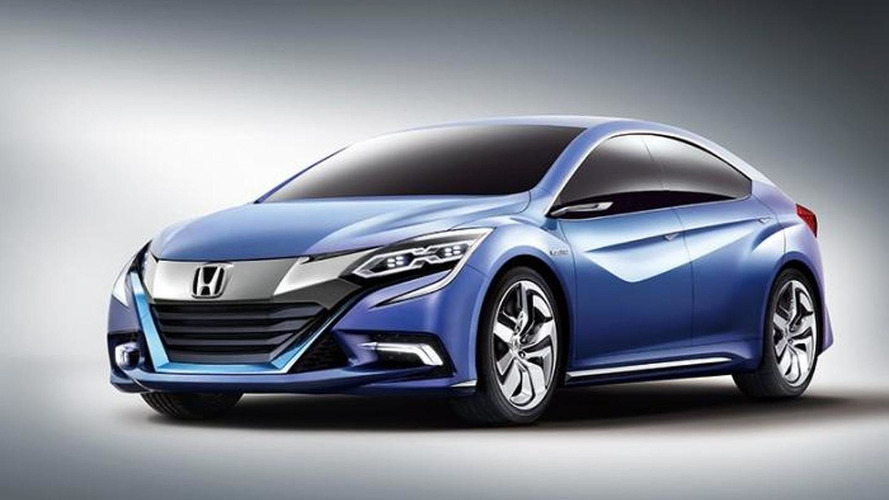 Honda has officially unveiled the Concept B in China at the 2014 Beijing Motor Show.

Honda has officially unveiled the Concept B in China at the 2014 Beijing Motor Show.

The concept acts as a preview for an upcoming five-door model designed exclusively for the Chinese market. It will be a compact hatchback priced affordably which will target a young audience once it goes on sale sometime in 2016. The production model will also receive a hybrid powertrain called "FUNTEC" which promises to be not only efficient but also make the car more fun to drive compared to conventional-powered segment rivals.

In terms of design, the Honda Concept B is a slight departure from the firm's recent concepts with an oversized Exciting H front grille, long LED daytime running lights and C-shaped taillights interconnected by a center light bar. It sits on shiny chrome alloy wheels which have a rather busy design while instead of conventional door mirrors it has a pair of cameras. Since all the windows of the showcar in Beijing had a full black tint, chances are Honda hasn't developed an interior for this concept.

More live pics can be found at the source link below.

Gallery: Honda Concept B introduced in Beijing, production version due in 2016